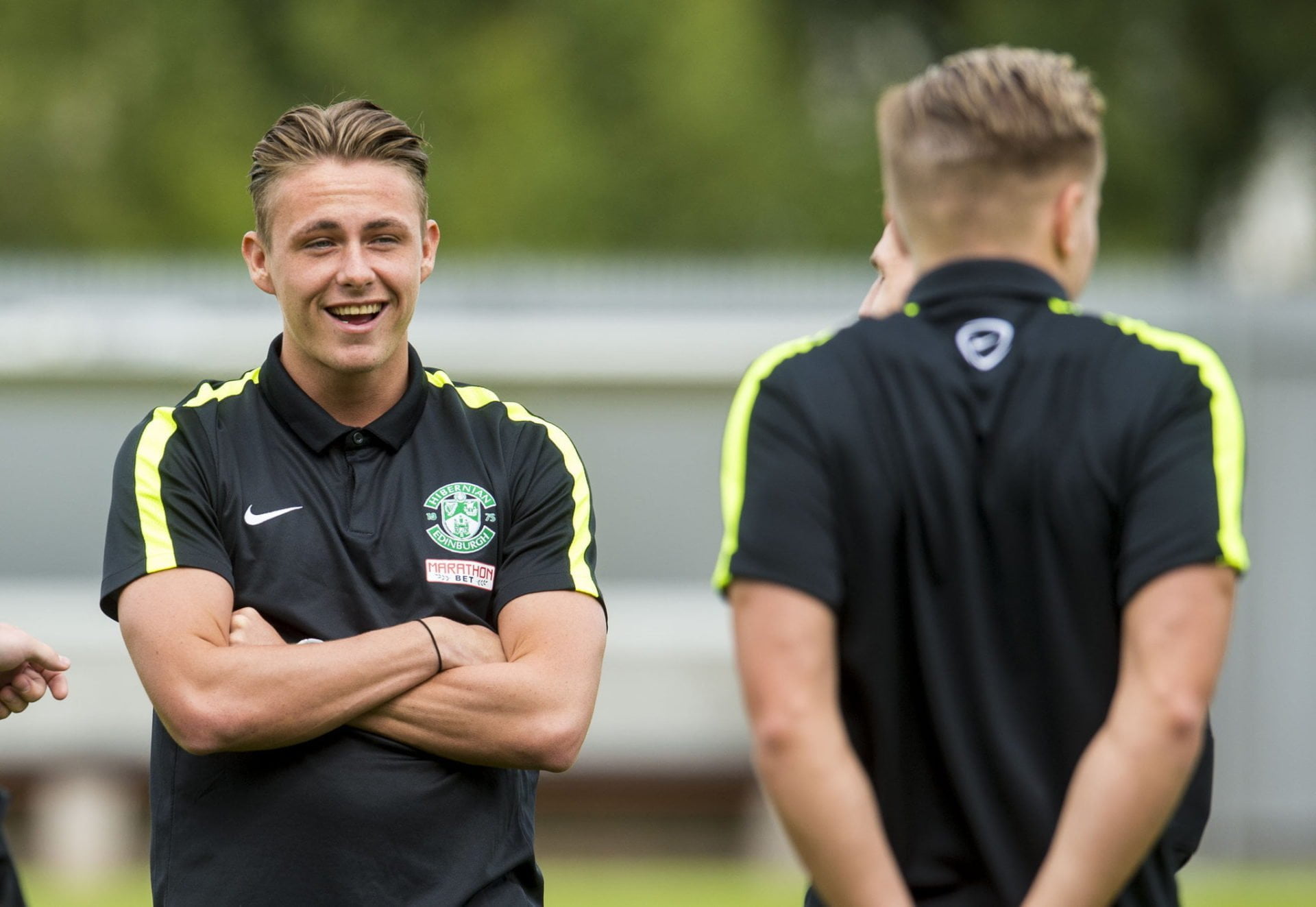 Scott Allan – a star in the making at Celtic

In July 1989 Maurice Johnston rocked Scottish football by signing for Glasgow Rangers after declaring his love for Celtic and being paraded in front of a green and white shirt as the prodigal son only weeks before.

Mo caused such a stir because he was one of a few Roman Catholics ever to sign for Rangers, but the fact that he had played for Celtic prior to this and had always stated his love for the club made it painful for Celtic fans to bear.

There were many Rangers fans who couldn’t stomach his arrival at Ibrox either, but that was down to bigotry, more than his playing ability.

Fast forward twenty six years and a Rangers fan is about to join Celtic after handing in a transfer request at his current club Hibernian.

Thankfully, it’s no big deal these days and to be honest it’s never really been a big deal at Celtic. There are many Rangers fans that have signed for Celtic, too many to mention, believe me!

There are still a few dinosaurs who are vociferous in their objection to a self confessed fan of one club joining their great rivals, but for the player it is strictly business.

Once the dust settles, Celtic fans will realise that not only have they managed to get one over on Rangers, they also have a good player with the potential to get even better.

All last season I watched the Hibernian midfielder pick passes that other fellow professionals couldn’t see, even if you’d painted lines on the grass to help them.

He is still only twenty-three, and with John Collins there to guide him, he can become an even better midfielder, who should be able to force his way into the Scotland set up.

The doubters will highlight his limited appearances for Dundee United, his failure to cut it at West Brom and the level he is playing at with Hibernian, all valid points, but we are about to find out if there’s any foundation to them this season.

Does he have the mental strength and ability to handle the demands of a higher level of football and the expectations that come with playing for Celtic? I think he has.

Players want to play at the highest level possible and shine on a European stage too. Scott Allan will get that opportunity and I think the Celtic fans will be singing his name shortly for his footballing ability.