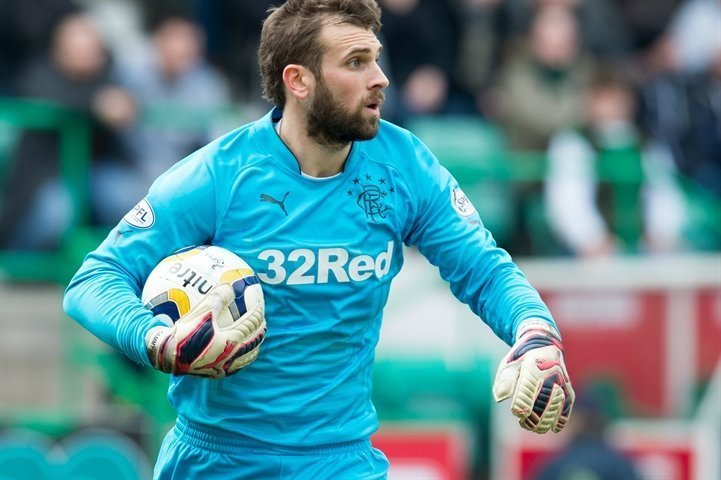 Rangers goalkeeper Cammy Bell has urged supporters to cut out the booing after Lee McCulloch was subjected to jeers last week against Falkirk.

Bell says even although the 36-year-old has appeared to be unaffected by the vitriol directed his way, he says the fans are going to need their support for the play-offs.

Ahead of the final game against Hearts before the play-offs, Bell said: “Jig’s been fine. He’s a professional at the end of the day. It was disappointing to hear that on Saturday – we win and lose as a team, we wouldn’t want to individualise anybody.

“Jig gives 100% every game like every player does but sometimes it doesn’t happen for players and that’s football.

“You never want to hear it to be perfectly honest for any player or for even the team but sometimes fans have their own decision on what they want to do.

“I’m sure there were a lot of fans praising Jig. We heard a lot of clapping after the booing so there are fans out there who respect Jig and thinks he’s a great professional. I’m sure he’ll continue to do well for the rest of the season.

“You need to be able to take pressure and criticism as well. We’re going to need the fans to turn up in their numbers for the play-off games – I’m sure they will and if we can all stick together then I’m sure we’ve got a right good chance of getting promoted.”