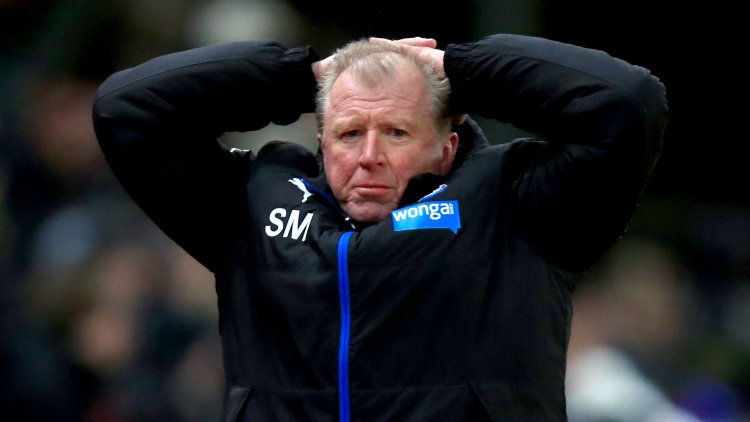 Benitez waiting in the wings

Steve McClaren’s ill-fated reign as Newcastle’s head coach finally appeared to be drawing to a close as the club closed in on potential successor Rafael Benitez.

A grim-faced McClaren left the club’s Darsley Park training headquarters on Thursday afternoon after working with his players for a third successive day following a deeply damaging 3-1 home defeat by Bournemouth on Saturday.

Perhaps significantly, he departed shortly after 2pm, some two hours earlier than he had exited on both Tuesday and Wednesday.

Earlier in the day, reports from Spain had suggested intermediaries working on the club’s behalf were in advanced talks over a three-year deal with Spaniard Benitez, who was sacked by Real Madrid in January.

However, Press Association Sport understands talk of scheduled meetings on Thursday between managing director Lee Charnley and Benitez, as well as between Charnley and McClaren, was wide of the mark.

Barclays Premier League clubs are required to hold a press conference before each game and the Magpies have yet to confirm arrangements ahead of Monday night’s trip to Leicester amid the ongoing uncertainty.

There was no official comment from the club as the saga over the former England manager’s situation rumbled into a fifth day, and it is understood that a resolution one way or the other was unlikely to be reached until Friday at the earliest.

An increasingly unseemly soap opera has left McClaren, who spoke to Charnley by telephone on Wednesday afternoon, in a seemingly untenable position as he prepares his players for the clash with the league leaders, not knowing if he will make it to the dugout at the King Power Stadium.

He has looked likely to be moving on ever since the other three members of Newcastle’s football board – Charnley, chief scout Graham Carr and club ambassador Bob Moncur – met in his absence on Monday with the club deep in relegation trouble.

With the Benitez camp indicating a willingness to accept both the short-term challenge of keeping the club in the top flight and a longer-term project, the situation was coming to a head.

McClaren has been forced to play a waiting game as the fine detail has been thrashed out, and as late as Thursday afternoon, sources close to the Yorkshireman were urging caution on reports of his impending exit.

There was support too from January signing Jonjo Shelvey, who was appointed captain by McClaren in the absence of the injured Fabricio Coloccini.

Shelvey told Sky Sports News: “It’s nice to know what Steve thinks of me and I think a lot of him also.

“It’s a sticky situation that we’re in at the minute and he’s at the forefront of it, which he doesn’t deserve, to be honest. But it is what it is and we’ve just got to play for him while he is still in charge. Hopefully he is still in charge and we can win on Monday night.”

It was the manner, rather than the fact, of Saturday’s defeat which set alarm bells ringing on Tyneside as a team reinforced by an £82million-plus investment since the new head coach’s summer arrival capitulated tamely under his charge once again.

Should the job pass to Benitez, who has expressed an interest in the Newcastle job more than once in the recent past, he will have 10 games in which to revitalise a squad paralysed by a toxic mix of fear of failure and a lack of both defensive resilience and goals.

A second relegation in seven years would be a footballing disaster for a club who have spent so heavily during the last two transfer windows, in part to avoid just such a scenario.

Missing out on a share of the new £5.14billion broadcasting deal which comes into force at the start of next season is simply not an acceptable option for owner Mike Ashley. That, however, looks a distinct possibility if something does not change and change quickly.