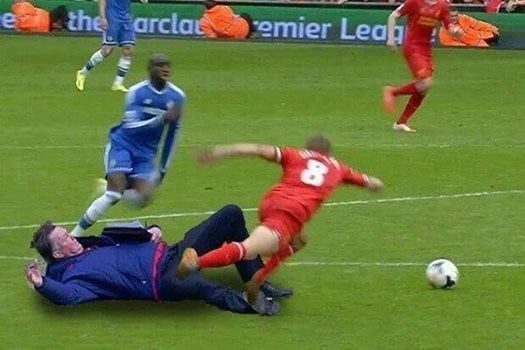 Manchester United fans have been calling for Louis van Gaal to be more emotional on the touchline, but even they will have been surprised yesterday when the he threw himself to the ground in protest.

Not surprisingly there are been some hilarious memes and videos circulating around social media over the past 24hrs, these are our favourites.