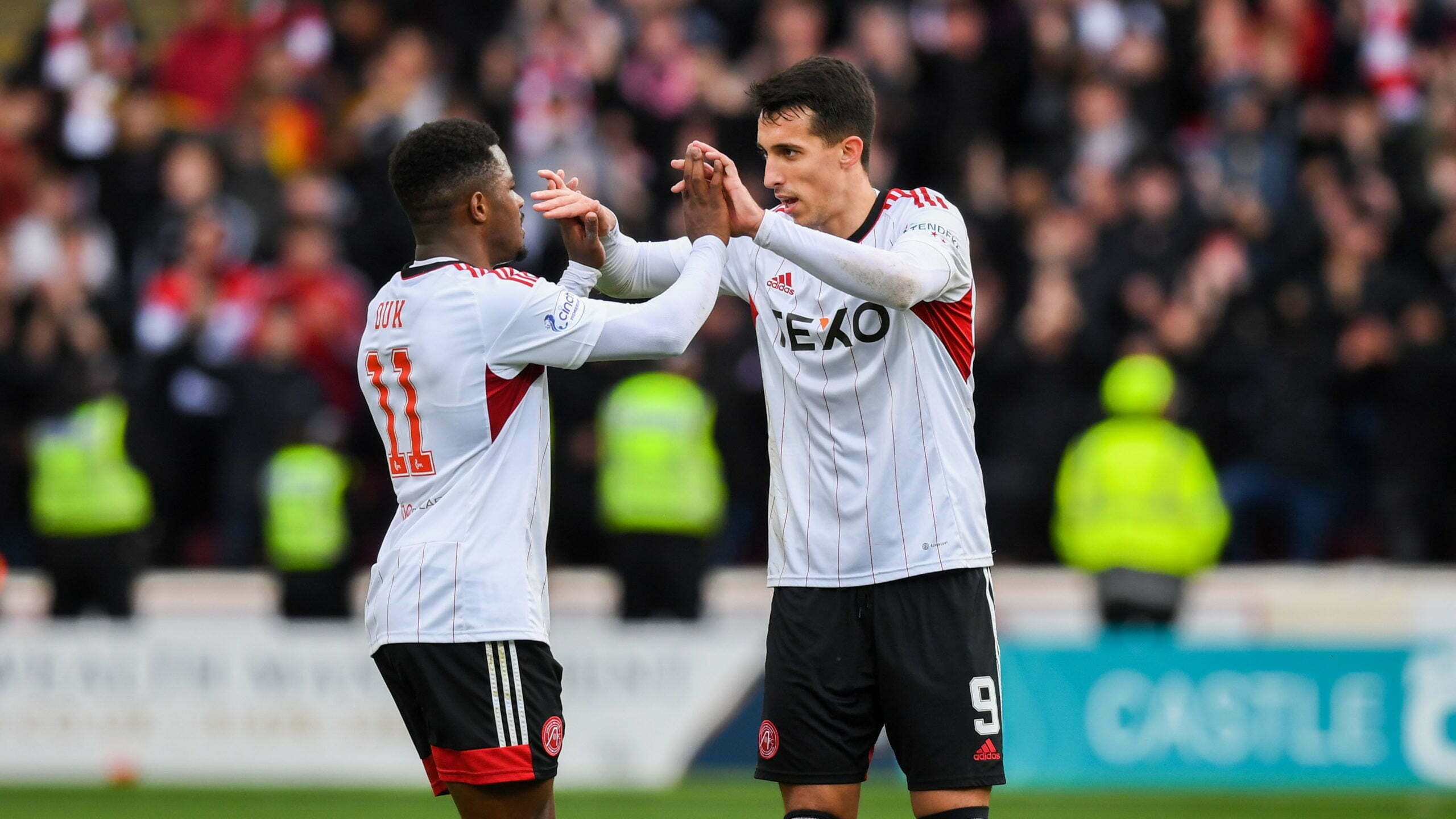 Can Miovski and Duk take advantage of Rangers make-shift defence?

Aberdeen have traditionally found goals hard to come by when visiting the blue half of Glasgow, netting just five times in their last ten visits to Ibrox.

The Dons have also not tasted victory there since a 2-0 Scottish cup win in 2019, meanwhile they haven’t taken three points from this away league fixture since 2018.

Whilst the stats seem to suggest a Rangers win is on the cards, Jim Goodwin’s side will be buoyed by the discovery of a genuine strike partnership in the form of Bojan Miovski and Luis ‘Duk’ Lopes.

North Macedonian Miovski already has 8 goals in 11 league games, whilst former Benfica youngster Duk is fast becoming a cult hero at Pittodrie finding the net on average every 78 minutes.

Goodwin admitted that starting the pair against Hearts a fortnight ago was something of a ‘gamble’, however it seems to be paying off, after both players got on the scoresheet last week against Motherwell to give Aberdeen their first away win since August 2021.

Miovski, in particular, has demonstrated his finishing prowess with a delicious chip at Fir Park last week and will come up against a Rangers defence fresh from conceding three times in Naples.

Despite manager Giovanni van Bronckhorst today confirming there have been no fresh injuries from midweek, 18-year-old Leon King failed to last the 90 minutes and was removed mid-way through the second half, leading to Croatian left back Borna Barisic ending the game as an auxiliary central defender.

More concerningly for Rangers fans may well be the form of James Tavernier at right back who has come under fire in recent weeks for his performances, whilst Ridvan Yilmaz was thrust into the starting eleven in Italy for only his sixth appearance of the season.

The selection uncertainty has left Rangers fans guessing who will line up at the back, come Saturday at 3pm.

Coming up against a brittle Rangers back-line, Jim Goodwin may surely be tempted to unleash his strike duo and attempt to plot a famous win in Govan.