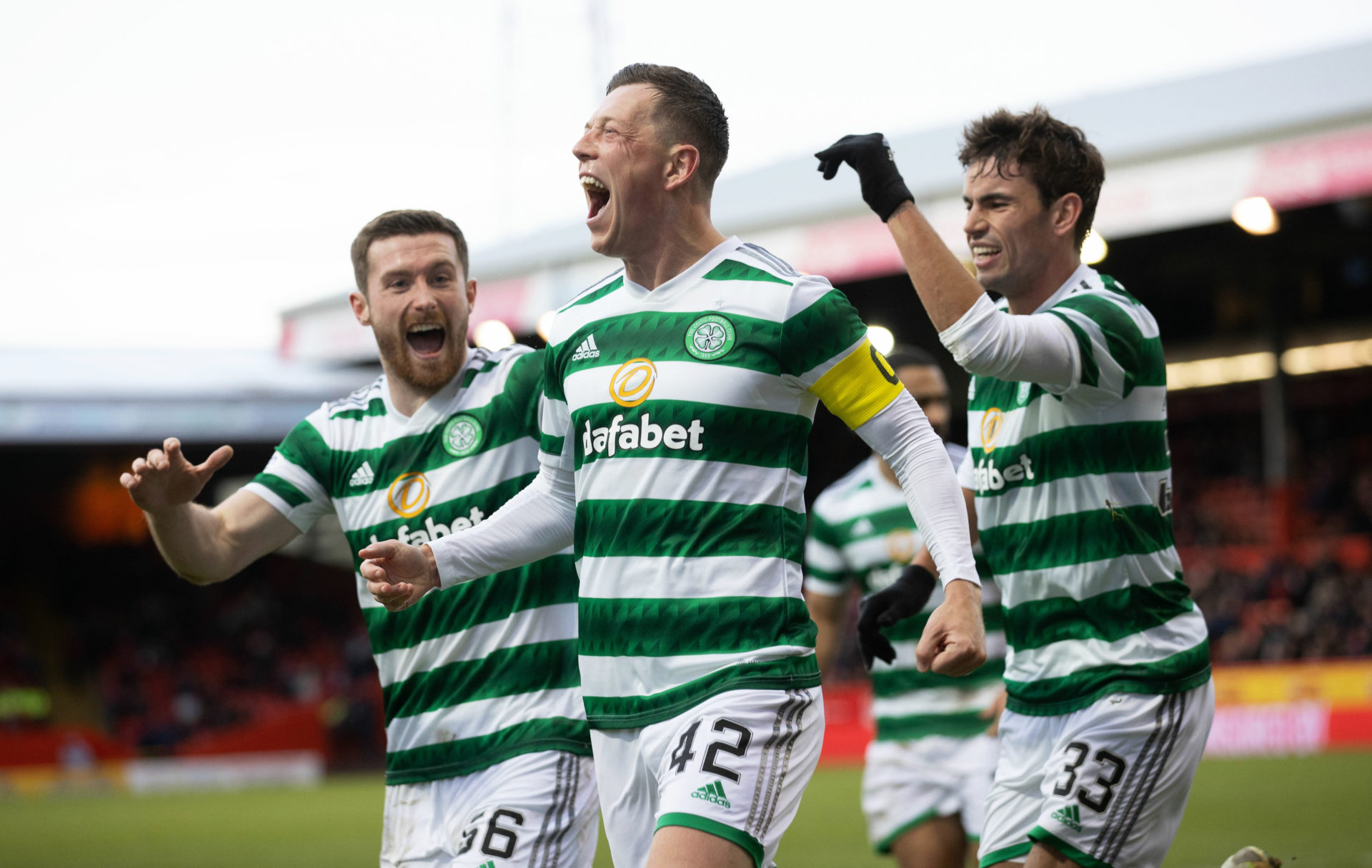 By Blair MalloyDecember 17, 2022No Comments

Celtic left it late to secure three points at Pittodrie, maintaining their nine-point lead at the top of the table, on an afternoon where it looked like the runaway leaders would be left frustrated by the Aberdeen defence.

Captain Callum McGregor marked his return to the side with a driven effort six minutes from time, to finally break down the Dons defence after 33 efforts on goal.

Ange Postecoglou’s side travelled to Pittodrie looking to maintain a 12-game unbeaten run in the granite city. Aberdeen meanwhile had a formidable home record this season, which had seen only Motherwell take all three points away.

Jota asked the first question of Aberdeen goalkeeper Kelle Roos after 13 minutes. The Portuguese winger cut inside before unleashing a curling effort that the Dutchman palmed away comfortably.

Reo Hatate posed the next threat on the home goal. The Japanese midfielder’s long-range shot seemed to squirm away from Roos, before finally being hacked clear.

Postecoglou’s side dominated the ball in the opening half hour, with the home side contained to attempting quick counter attacks any time they found themselves in possession, often to no avail.

Liel Abada was introduced by the visitors at half time, in an attempt to unlock the stubborn Dons defence.

Seven minutes into the second half and Kyogo was presented with the clearest opportunity of the game. Anthony Ralston played an excellent pass down the right wing, where Liel Abada skipped across the box before finding the Japanese international.

The forward couldn’t get enough on it however and the ball rolled agonizingly wide.

Kyogo was again at the heart of the action as his snap volley fizzed wide with 20 minutes left on the clock.

The current league champions did eventually find the breakthrough with four minutes left. Captain Mcgregor unleashed a stunning low drive past Kelle Roos, to finally penetrate the Dons defence, in what was the 200th goal of the Postecoglou reign.