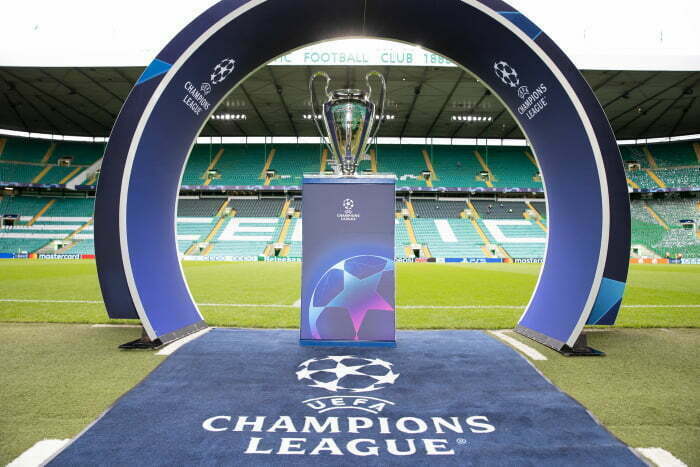 Celtic take on European Champions Real Madrid at Celtic Park tonight  looking to add another chapter to their illustrious history.

The sides have not met at Celtic Park since 1980 when the home side ran out 2-0 winners with goals from George McCluskey and Johnny Doyle.

Giorgos Giakoumakis was given the chance to be the hero as Kyogo Furuhashi was deemed only fit enough to make the bench.

The crowd were electric in the opening exchanges, buoyed by once again hearing the Champions League anthem under the Parkhead lights.

Mid way through the half and Calum McGregor almost sent the home fans into raptures. He picked up the ball 30 years out and struck a thunderous shot off the post.

Celtic will be lifted from by the fact that Karim Benzema had to be taken off and replaced with Eden Hazard.

The Scottish champions have matched the Spanish giants blow for blow so far. If they didn’t already, Carlo Ancelotti’s  men certainly know they’re in a game.