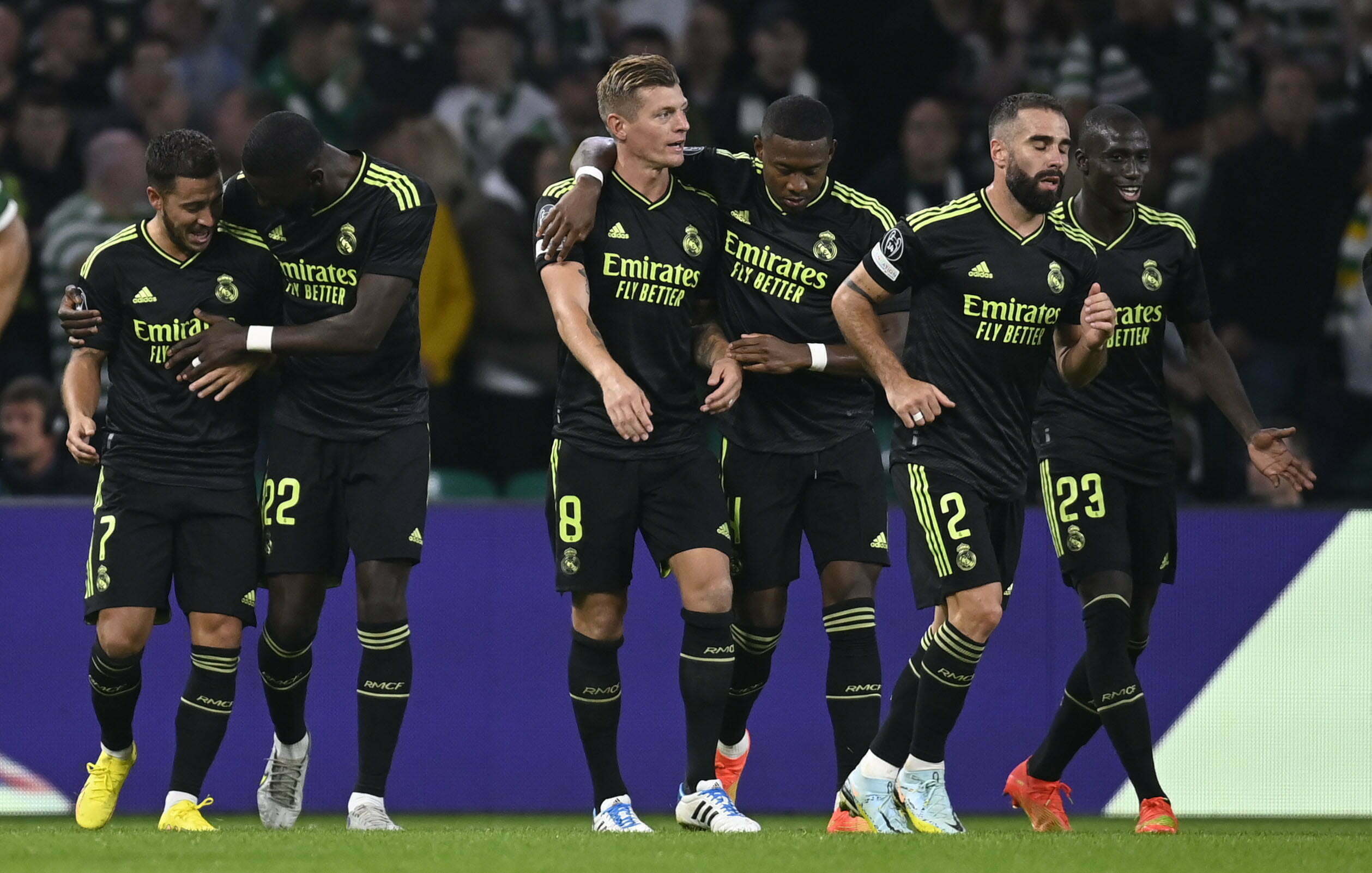 By Blair MalloySeptember 6, 2022No Comments

Real Madrid produced a clinical second half performance to see off Celtic 3-0 after the home side had dominated the opening 45.

Goals from Vinicius Junior, Luka Modric and Eden Hazard were enough to seal the points for Los Blancos, although the home side will count themselves unlucky not to have been ahead.

These sides had not met at Celtic Park since 1980 when the home side ran out 2-0 winners with goals from George McCluskey and Johnny Doyle.

The crowd were electric in the opening exchanges, buoyed by once again hearing the Champions League anthem under the Parkhead lights.

Mid way through the half and Calum McGregor almost sent the stands into raptures. He picked up the ball 30 years out and struck a thunderous shot off the post.

Celtic were lifted by the fact that Karim Benzema had to be taken off and replaced with Eden Hazard.

The Scottish champions matched the Spanish giants blow for blow. If they didn’t already, Carlo Ancelotti’s  men certainly knew they were in a game.

Daizen Maeda was introduced at half time in place of Liel Abada and within minutes of the re-start passed up a golden opportunity to make it 1-0.

On the 55th minute Ange Postecoglou’s men were made to pay as Vinicius Junior finished off a devastating counter attack to put the visitors ahead.

Almost instantly, any hopes Celtic had of getting back into the game were dashed as Luka Modric made it two. The veteran Croatian midfielder delivered a composed finish in the box from another decisive breakaway.

Postecoglou made a triple change at 72 minutes introducing Kyogo Furuhashi, David Turnbull and Aaron Mooy to try and regain some composure in the game.

It was to no avail though and just before the 80 minute mark it was 3-0 to the away side.

Toni Kroos picked out an inch perfect ball over the top, Dani Carvajal slid a ball across the face of goal where Eden Hazard gratefully rolled into the net. The Belgian rounding off a stunning 33 pass move to score just his 7th goal in 69 games.

Testament to the his performance, Luka Modric was given a standing ovation by the home fans when he was substituted before the end.

The full time whistle sounded the inevitable but Celtic open their account with plenty of optimism, knowing that a similar performance will see off most other teams.