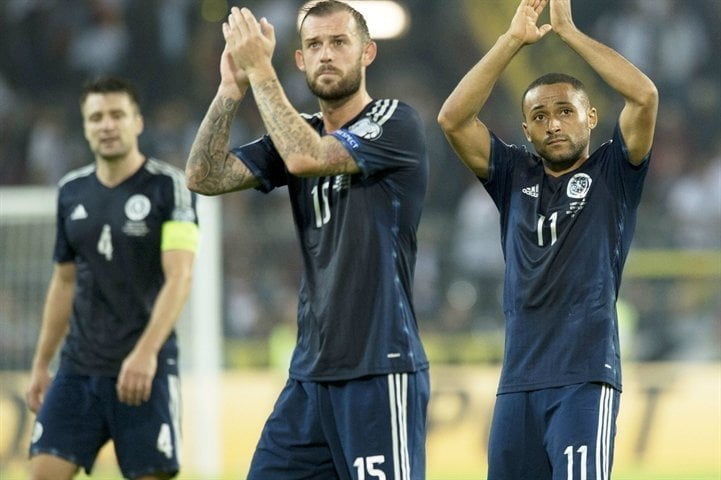 Anya, who has just been promoted with Watford to the English Premier League, and Sunderland striker Fletcher have been heavily linked with the Scottish champions in the transfer window.

But as the Hoops attempt to strengthen their squad for the Champions League qualifiers – the draw is on Monday – Collins concedes the club simply aren’t in a position to meet Premier League players’ salary demands.

“I don’t think I can say they’re players that we’re trying to sign,” he said.

“They’re two good football players who I admire but they’re both Premiership players so the reality is they’ll be on Premiership wages, so probably out-with our wage bracket.”

And Collins says it’s a problem which is only becoming increasingly harder, but he is hopeful that Celtic’s worldwide reputation can be an attraction for players.

“We’ll look to get new players in but it’s never easy. The most important thing is to be patient and try to get the right players,” he continued.

“It’s important that you sign players that make you better. Everybody knows now that we can’t compete with the money spent from teams in England, France, Spain or Germany when we are buying top players.

“So we’ve got to take our time and try to get the ones that nobody else has spotted perhaps younger ones which is what we’ve went for in the past.

“It’s reality and it comes down to television. We don’t have the huge television revenue that clubs in England, France, Spain or Italy have but we’re still a massive football club, with a great support and great stadium.

“We’re still an attraction for a lot of players and when players come to Celtic Park they always enjoy it and know it’s a special place so that’s what we’ve got going for us.”

Speculation continues to mount about Virgil van Dijk’s future after the defender reportedly told a Dutch magazine that he wanted Celtic to sell him but Collins insists Van Dijk, who has two years left on his current deal, will be at the club at the start of the season.

“Do I think he’ll be a Celtic player on the first day of the season? Yes, I do. When you’ve got two years to go the club will make a decision on whether we sell him but of course we want him to be happy.

“I’m in regular contact with Virgil and I know for a fact he is very happy at Celtic. He’s enjoying playing and training and he’s got two years to go so there may come a time when Virgil moves on but at this moment in time he’s our player.”

Collins also confirmed that Celtic were out of the race for free agent Danny Wilson who left Hearts at the end of the season.