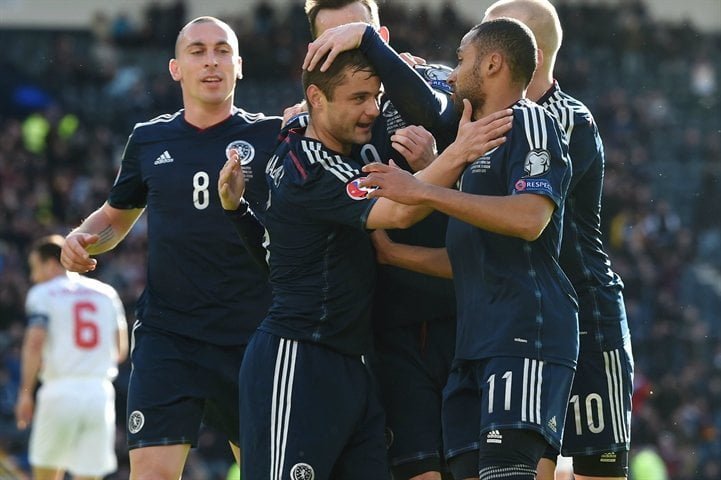 Celtic defender Virgil van Dijk has described Ivan Kruzliak as the worst referee he’s ever experienced after he was sent off in the Hoops’ 1-0 defeat to Inter.

The Colombia international’s strike put the Italians through but Van Dijk was left perplexed by the Slovakian official.

“It was a terrible decision. That is the worst referee I have ever experienced in my career,” he told reporters.

“I don’t know why he made this decision but it was shocking.

“But I watched the whole game and I don’t understand all of the decisions he made.

“I got the red card and the second yellow was just a ball in the air we were challenging for – two players.

“We were shoulder to shoulder and Mauro Icardi got up and asked for the referee to book me again.

“I would never ask for an opponent to be booked but it happens in football. It was a bad decision and that shouldn’t happen.

“I don’t even know what the ref said to me. After the first yellow card I was thinking, ‘What is going on here?’

“I knew the red card was coming and I just walked off. You can shout and scream and it doesn’t change anything.

“I was just hoping the team would pull off the impossible task but Inter scored a goal.”

The 23-year-old admitted he felt terrible after leaving his side with an increasingly difficult task.

“I want to apologise to my team-mates and to all the fans who travelled to Italy,” he continued.

“I let them down and I feel terrible. If I’d stayed on the pitch for 90 minutes we’d have had a big chance to go through.

“It’s so disappointing and I need to learn from this. I’ve made high expectations for myself.

“As a team we showed we have made progress. We have been good in the league and even with 10 men we showed our quality. It’s just so disappointing we are out of Europe.”