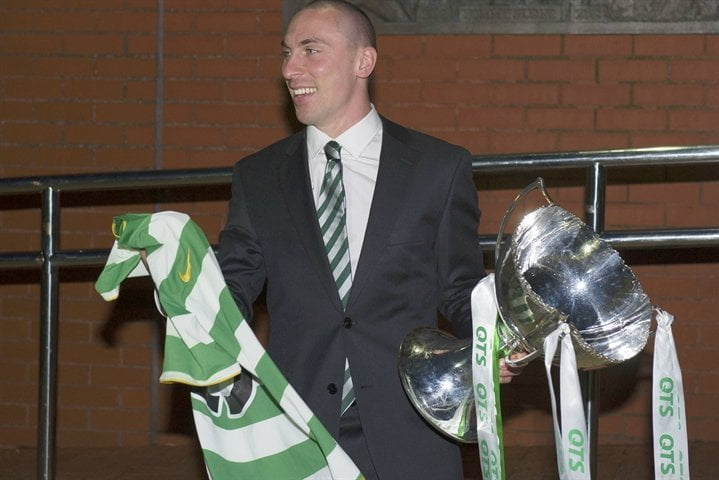 Celtic assistant boss John Collins has urged the fans to behave in Milan after the club were fined €10,000 (£7,300) for crowd disturbances in their match against Dinamo Zagreb last year.

The punishment was handed out by Uefa’s Control, Ethics and Disciplinary body on Wednesday and is the sixth time in just over three years the Hoops have been fined for fans’ actions.

Ahead of their crucial second leg meeting with Inter on Thursday, Collins pleaded for fans to behave in the Guiseppe Meazza.

“We’re obviously disappointed,” he said at Glasgow Airport. “We had 60,000 last week and there was unbelievable behaviour from every one of them.

“That’s what Celtic is all about, if one or two cause problems then hopefully that’s the last we hear of it.

“It’s vitally important [they behave] as they are representing a wonderful football club.

“Throughout the years the vast majority have behaved and we have great reputation throughout Europe.

“There’s one or two we’ve got to try to weed out.”

A statement on the club’s official website condemned the use of flares by fans.

“Clearly everyone is extremely disappointed that the behaviour of only a handful of people and in particular the use of flares, have led to a further fine from Uefa,” it read.

“We have repeatedly called for the use of flares to stop. We cannot and will not allow the safety of our supporters or the reputation of our great club to be compromised by the actions of a tiny minority.

“It is time those responsible understand the damage this does to the club they claim to support.”