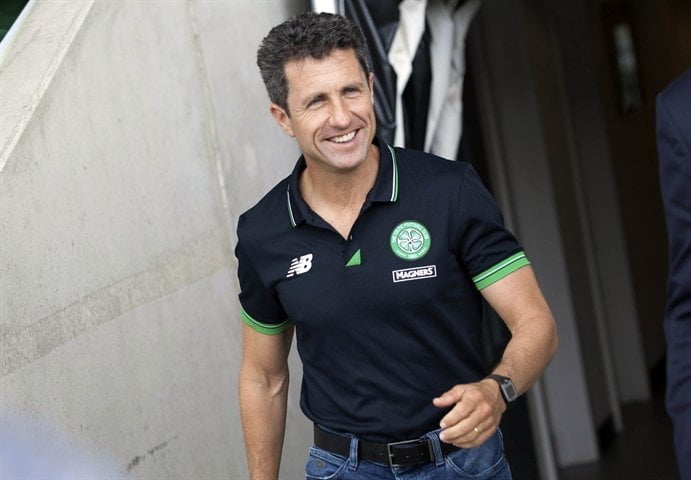 Collins: Celtic have made an approach for Ciftci

Celtic assistant boss John Collins has confirmed the club have made an approach for Dundee United striker Nadir Ciftci.

The Hoops were believed to have made an offer of around £900,000 for the 23-year-old, who is out of contract next summer and has stated a desire to leave Tannadice after turning down an extension on his current deal.

English Championship side Middlesbrough are also credited with an interest in Ciftci, who scored 16 goals last season.

And on Tuesday Collins conceded the Scottish champions Celtic are also very interested in the attacker.

“I believe there is an approach but that’s all I’ve heard and there’s not a lot I can tell you,” he told Sky Sports News.

“He has obviously played against us many times last year, he’s a big striker, he’s strong, he’s powerful and he’s got technique as well. We like him.

“We’re looking to strengthen the squad but unfortunately we can’t talk about other players at other clubs.

“It would be unfair and disrespectful to the other clubs to do that but we are looking for new players.”

Celtic assistant boss Collins also admits Kris Commons is a minor doubt for a Champions League qualifier after a freak accident at home.

The Celtic midfielder fractured his toe after dropping a wardrobe on his foot but Collins is hopeful that he’ll back to training this week.

The Scottish champions Champions League second round qualifier against Icelandic outfit Stjarnan is just over a fortnight away with the first leg scheduled to be at Celtic Park on July 15.

“He’s got a small fracture in his little toe so he’s not been on the grass. Hopefully next few days he’ll be back.

“I’m led to believe something fell on his toe. It was a simple accident. He’s missed a week but he’ll pick up.”