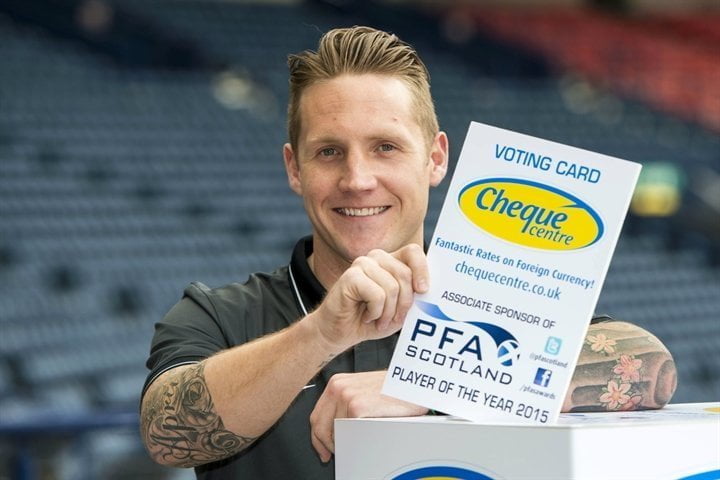 Commons: Rangers are nowhere near Celtic

Celtic attacker Kris Commons believes Rangers will need to strengthen heavily in the summer as they don’t have players at present worthy of challenging the Hoops.

The Light Blues have had an upturn in form in recent weeks after the arrival of interim boss Stuart McCall, but Commons says that’s normal for a team to receive a boost when a new manager comes in.

Rangers are in contention for the Championship play-offs but the 31-year-old says talk of challenging Celtic next season is premature even if they do gain promotion.

“First of all they’ve got to try and get up, secondly, they need to sign some players worthy of challenging us because I don’t think they are anywhere near us at the minute.

“That’s all ifs and buts it might take six months or six weeks. I think when a new manager comes in you get a reaction no matter how good or bad they are.

“For me commenting on Rangers is something similar to Hearts. We’ve played them twice this year and beat them convincingly.”

Commons was at Hampden to launch the search of this year’s PFA Scotland Player of the Year sponsored by Cheque Centre after winning the award last year.

He says he would vote for Aberdeen striker Adam Rooney after his impressive form for the Dons but if he could vote for his own team-mate it would be goalkeeper Craig Gordon.

“It’s difficult because you can’t vote for your own team-mates but there’s been a few exceptional this season,” he continued.

“Rooney for Aberdeen needs a special mention as he has scored 20 plus goals this season but I think
it will be closest it has been in many years. There’s no one who stands out.”

He added: “I’d probably vote for Craig Gordon because of the level of performances that he’s producing after being out the game for two seasons and the career-ending injuries he’s been through.

“It’s a credit to how hard he’s worked not only before he arrived at Celtic but since he has got here. It’s been a fairytale.

“Where he was mentally two years ago when thought he was career was over, being released by Sunderland to come back and play Champions League football is phenomenal.

“His best saves have been where he has had 80-90minutes of nothing then he produces magic it’s a credit to his personality and his concentration levels.

“He had huge boots to fill when Fraser Forster left but he has came in and made the transition seamless.”