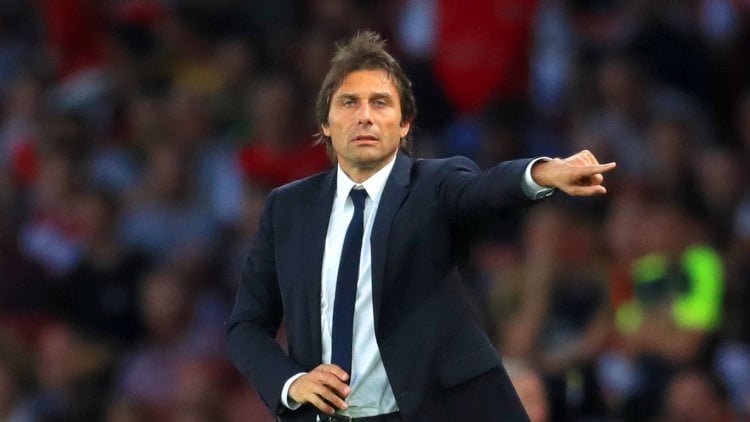 Conte wants to be ‘successful one’

Antonio Conte hopes to be given the opportunity to emulate Jose Mourinho’s success at Chelsea.

Mourinho won Chelsea’s first championship in 50 years in 2005 and is the most successful manager in the club’s history after two spells. Now he is Manchester United boss.

Conte is the permanent successor to the self-proclaimed Special One, who left Stamford Bridge for a second time last December, seven months after his third Premier League title triumph.

Former Italy and Juventus boss Conte was appointed in April and took charge in July, tasked with reviving Chelsea after a tumultuous season last term, when the Blues finished 10th in the Premier League. It will take time.

“Jose was a very important manager in the story of this club,” Conte said.

“I hope to work with this club for many years and to build something important, for the present, for the future.

Conte, who recently laughed off reports he was poised to be sacked, was asked if Chelsea can be champions this season.

The Italian knows the Premier League is highly competitive and stopped short of setting targets, focusing on the work ahead rather than the outcome.

“In my mind there is always to give the maximum in work,” he added.

“Only one (team can) win the title. You must understand always the situation and then you work.

“It’s important when I come back to my house (that) my conscience is very clear.

“It’s important to give (my) all always, every day. Work, work, work, to build, to work, then you’ll see at the end of the season.”

John Terry was Mourinho’s captain in all three of their shared title successes.

The 35-year-old defender was an unused substitute in last week’s 3-0 win over Premier League champions Leicester and may have to settle for a place on the bench again.

Conte gave little away on his starting XI, but says Terry is important irrespective of whether he plays.

Former Juventus captain Conte added: “This situation is normal. For example, in my past when I was a footballer and I was captain sometimes it happened that I didn’t play.

“Not often, but I always helped the team and the coach to create the right atmosphere.

“John Terry is an important player for us, for the situation on the pitch, the changing room.

“When you are captain you have a lot of commitment. It’s important to put your commitment in the team not only on the pitch, but also outside.

“For me John is a good player and when I call him to play, my expectation always is very high.”

Chelsea have adopted a formation unfamiliar to Terry during his absence, with Conte fielding three at the back. He is happy with the way his side is adapting.

David Luiz, who in August returned after two years with Paris St Germain, has been playing regularly, despite being in and out of favour under Mourinho.

“For David Luiz to come back to Chelsea is a great challenge,” Conte added.

“He’s started very well with great concentration, focus (and) with a great will to show that he’s decided to come back with this shirt is the right choice for him.

“He’s very good with a good technique and when you have David Luiz you can play from the back.

“My idea of football I love this, to start to play from the back.

“For me he’s also a good defender and we are working a lot with him, but also the other defenders, to stay always focused in every minute of the game.”