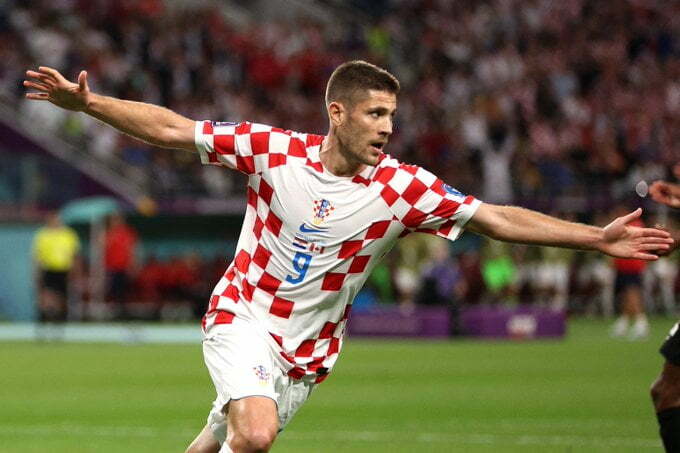 By Blair MalloyNovember 27, 2022No Comments

Alphonso Davies scored Canada’s first World Cup goal inside two minutes to ignite belief amongst the large travelling contingent that they could secure a first win.

The early concession never threw the experienced Croatians off their stride.

An Andrej Kramaric double either side of half time, alongside a first tournament goal for forward Marko Livaja and late Lovro Majer strike, was enough to send the spirited Canadian side home early.

Before most of the crowd could take their seats, Canada took the lead with the quickest goal of the tournament so far. Alphonso Davies putting the missed opportunities of his side’s Belgium loss behind them.

The Bayern Munich winger, who missed from the spot in the opening match, latched on to the end of a perfectly weighted Tajon Buchanan cross to head home the opener.

Just before the half hour mark, Croatia thought they had levelled the score. Kramaric burst into the box before delivered a cute finish beyond Milan Borjan, only to be denied by a late offside flag.

The former Leicester City forward wasn’t to be denied moments later though, as he fired into the bottom corner with just under 10 minutes left of the half.

Kramaric picked up an excellent reverse ball from Ivan Perisic, before notching up his 21st international goal, as the Canadian defence eventually succumbed to building Croatian pressure.

Coratia completed the first half turnaround on 43 minutes when Marco Livaja hammered in a shot from outside the Canadian penalty box, beating Borjan low at his right-hand side.

Lille forward Jonathan David had Canada’s first opportunity in the second half, his long-range curling effort tipped over the bar by Dominik Livakovic.

Kramaric got his second of the night with 20 minutes left. The ever-dangerous front man picked the ball up on the left-hand side, before setting himself and bending his effort into the bottom corner to leave Canada on the brink of World Cup exit.

In reality, the third goal from the 2018 finalists sucked what life was left out of John Herdman’s side, as Canada bow out of Qatar earlier than they would’ve wanted despite winning many admirers along the way.