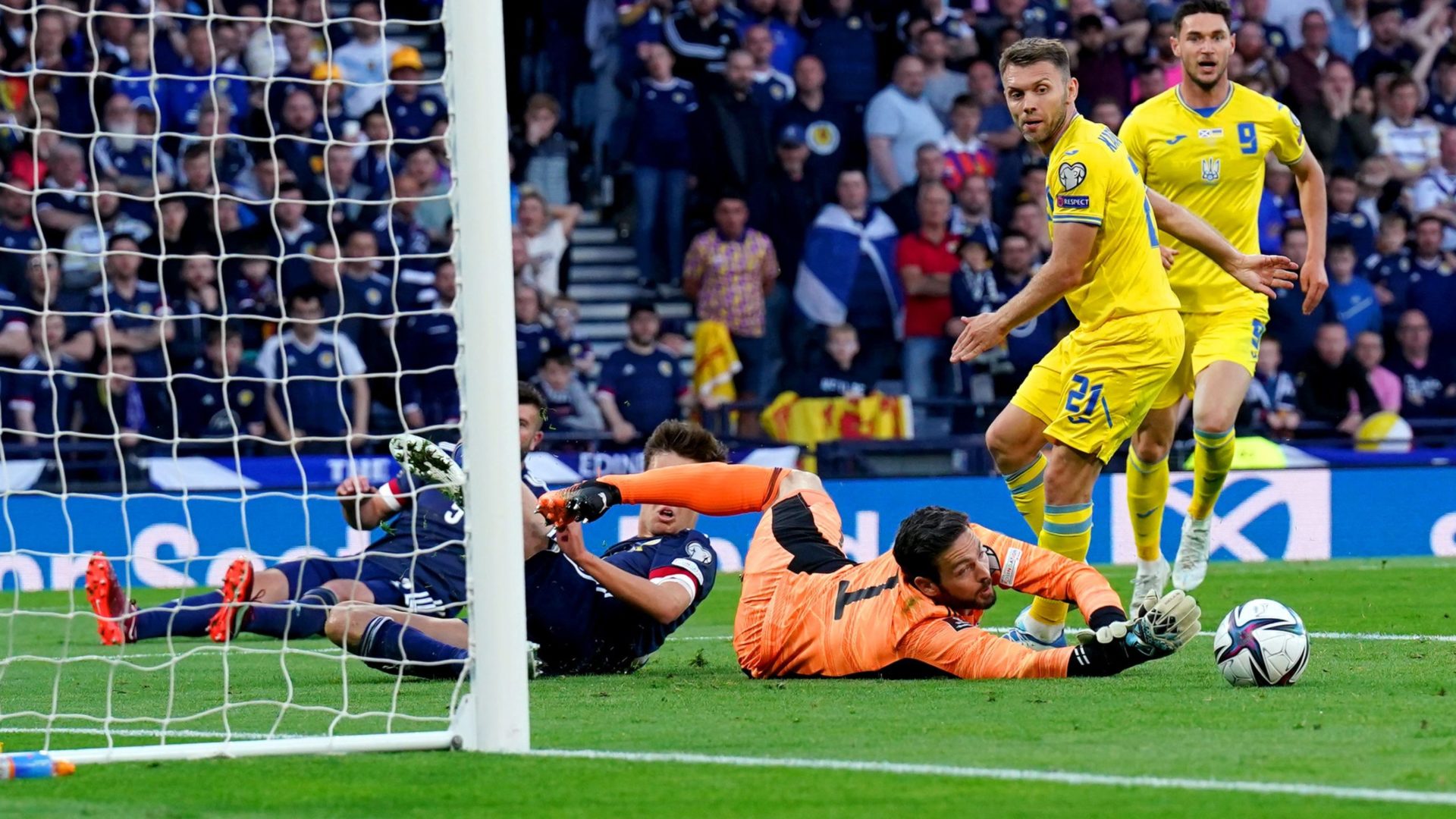 Ukraine’s 3-1 win over Steve Clarke’s side in the play-off semi-final at Hampden Park on Wednesday night ended the Scots hopes of getting to Qatar later this year.

It was Scotland’s first defeat in nine games but they have no time to dwell on it, however, as they begin their 2022/23 Nations League campaign with a home game against Armenia next Wednesday night, before away fixtures against the Republic of Ireland and Armenia on June 11 and 14 respectively.

The 39-year-old Gordon, who had a terrific game against Ukraine, sidestepped a question about his own international future and ambitions – “You need to ask the manager, he is the one who picks the team” – to instead focus on the visit of the Armenians.

“Just concentrate on the next game,” he said. “That’s how we have done it so far to get to this point and we need to go back to that.

“We need to try to get a good start in the Nations League.

“It hurts for everyone, regardless of age. We all wanted to be there. We came up short. We gave it a good go in the group to get to the play-off stage and it just feels that little bit more disappointing because we didn’t give our best performance.

“It was disappointing for it to end that way. It wasn’t our best performance when we really needed it. We have no excuses, we were beaten by the better team.”

The former Celtic and Sunderland keeper could not put his finger on why Scotland took until the second half to get going.

He said: “You probably have to put that down to the quality of the Ukraine performance.

“They were very good, controlled the ball well and then later on, when they were trying to protect their lead, that is when we came into it more.

“We just have to give credit to our opponents.”

However, Gordon was not surprised at how sharp the visitors were given that six of their starters had not played a competitive game this year after Ukraine’s domestic football was stopped following the invasion by neighbours Russia.

He said: “They had been in a training camp for weeks and playing friendlies. I knew they would come here sharp and ready to play.

“If anything, it was something we had to overcome. We knew they would be very ready for the game, physically having planned for so long for one game.

“It was up to us to counteract that and we weren’t able to do it.”

Moreover, Gordon does not think the defeat had anything to do with the emotion that swirled around the occasion.

He said: “No, I don’t. If anything it is the amount of games everyone has been playing.

“It is at the end of a very long, hard season and we didn’t manage to cope with that and they did.”