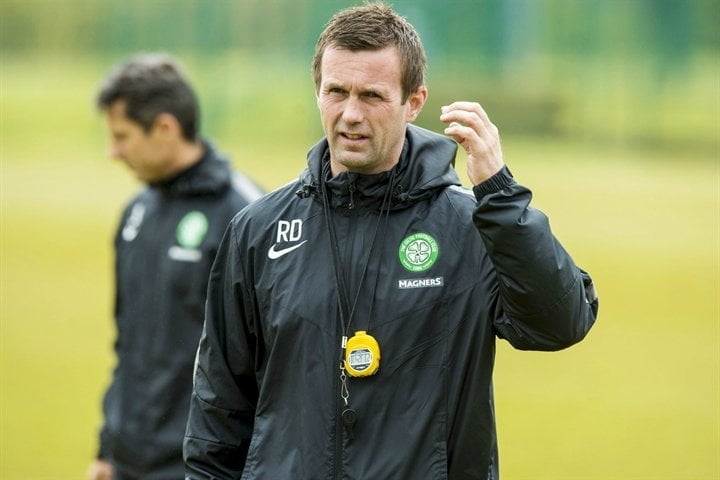 Celtic boss Ronny Deila says he is hopeful of getting his transfer business done before the end of June in time for their crucial Champions League qualifiers but admits it will be difficult.

The Hoops enter the second round of the Champions League qualifying in mid July and should they progress they would go into the third round before the play-off stage to get into the group stages.

Last summer’s change of management from Neil Lennon to Deila meant there wasn’t a lot of time to prepare the squad for these vital qualifiers and the Scottish champions ultimately failed to qualify for the Champions League.

Next season, though, there will not be as much upheaval and the Norwegian boss is desperate to strengthen the side before they begin their European campaign but he concedes it will be a challenge.

“That’s what we want but I don’t think that is going to happen,” Deila said.

“There’s a break after the last round of Champions League qualification – six days or something. You know where you are and you can possibly do something in the transfer market.

“We want to get good players to strengthen us as quick as possible but everybody is saying the same so it’s a hard job.”

While the former Stromsgodset boss is hopeful of attracting the type of player that can help the Hoops qualify for Europe’s prestigious competition, Deila is also determined on keeping the players which provided success this season.

NIr Bitton and Anthony Stokes have been linked with moves away from the club, with Bitton a reported £5 million target for Premier League side Sunderland. Deila was unequivocal in his response when asked if there was any truth in the speculation.

“We want to keep our players and that’s what we intend to do. Celtic is a big club and has a very bright future. There are so many exciting tasks ahead and Nir is part of that.

“He’s going to stay here and try to help us qualify for the Champions League.

“Stokesy has played a lot this year he hasn’t played so much lately for different reasons but he’s a talented boy and we speak a lot together.

“It’s the same with him as everybody else if they improve, show the desire to get better and perform then they have a big future in the club.”