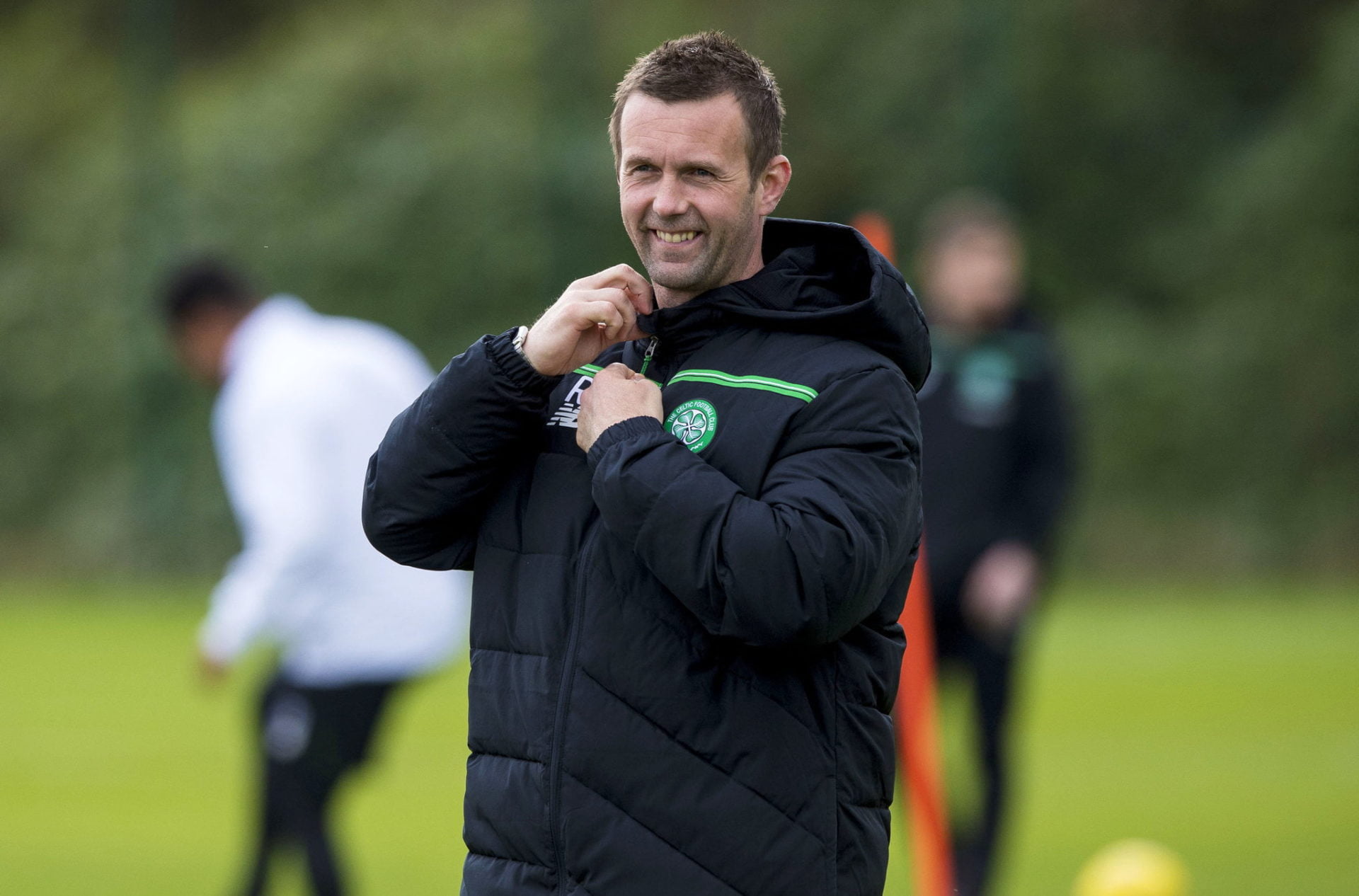 Mark Warburton’s men clinched the Scottish Championship with victory over Dumbarton and immediately turned their attentions to challenging Celtic for the Premiership title.

Midfielder Andy Halliday ramped up the pressure on their city rivals by insisting he wouldn’t be happy with second place next season.

He said: “We’ve got to be challenging for the title it’s as simple as that.

“That’s not me being arrogant or disrespectful. They’ve won four in a row and are going for another title but you can’t be at a club like this and be happy with second.”

Rangers are expected to strengthen in the summer with Mark Warburton hoping for four or five new players to help them compete in the Premiership.

Deila though isn’t interested in what his opponents are planning and is focused on improving Celtic.

“Their promotion doesn’t affect us,” he said. “They’ve shown they are good enough to be in the top division and if it’s Hibs, Falkirk or Rangers we’ll be ready for it.

“We’re going to do the same things we do all the time. We’ll try to improve ourselves and right now we are top of the league, we are in the semi-final and that’s what we are going to focus on.”

Celtic travel to Fir Park this weekend to face an in-form Motherwell side who’ve won their last five games and beat the Hoops in December.

Before that though Hearts entertain title challengers Aberdeen at Tynecastle, but Deila doesn’t think that result will have any bearing on Saturday’s lunchtime clash against the Steelmen.

“Whatever happens we have to do our job and have a very good performance because Motherwell are a good football team,” he said.

“But of course I will watch the game. I do that all the time so that’s nothing new.

“The title race is getting closer now but we are in a very good position.

“We’re five points ahead with six games left so there are a lot of opportunities here. We’ve gone on a long, long run now without a defeat and we just have to get back to winning games again.

“We won three or four and then a draw so we need to keep the momentum going. It’s going to be impossible to catch us [if we keep winning] because we are five points ahead.”

Leigh Griffiths hasn’t netted for three games in a prolific season for the Hoops but Deila dismissed concerns about his top goalscorer.

“He’s not tired that’s for sure. He’s ready. He gets good chances all the time so that’s the most important thing if he had been going into games and not getting opportunities then I would be more concerned.

“He is so vital for us. We know how good a finisher he is. It’s just small details and he will be back on track again.

“We have others who can score. A week ago we had a winger scoring two and the other one scored one so we’re scoring a lot of goals this season.”