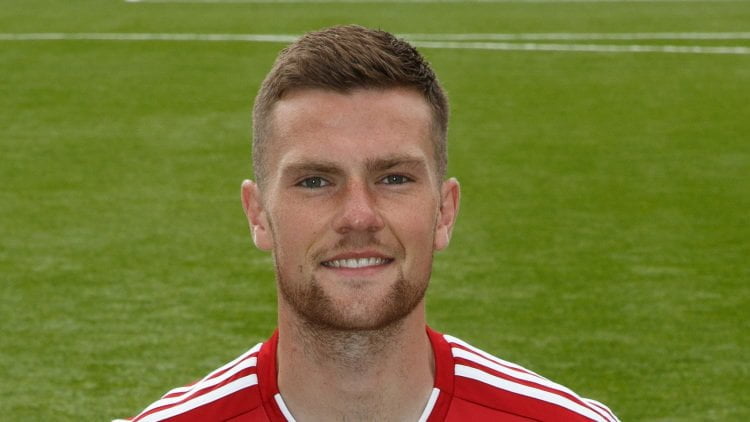 Hamilton skipper Michael Devlin is braced for a difficult Christmas Eve no matter what strikeforce Celtic deploy against Accies.

Both Leigh Griffiths and Moussa Dembele were unleashed against Accies earlier this month and, although Hamilton restricted the champions to a 1-0 win, the two Celtic strikers linked up for the only goal.

Griffiths was the man on the mark on that occasion, and he has struck in each of three consecutive starts in recent weeks after his 40-goal tally from last term counted for little earlier in the season when he lost his place to Dembele following a brief injury lay-off.

The pair have 29 goals between them this campaign and Devlin is preparing for a tough assignment.

The central defender said: “They both started the game against us last Tuesday, which was delightful. I didn’t play that game, I was injured, but the boys certainly felt it was difficult. Dembele played a wee bit more through the middle, Griffiths played off round about him.

“It doesn’t matter which one plays, you are going to be in a game, they are top-quality players.

“Leigh’s return last year was incredible and he was very, very unfortunate that when he got injured, Dembele came in and did really, really well. He has had another opportunity and shown why he is so highly rated in Scotland.

“It doesn’t matter which one plays, whether they both play or whether one of them plays, it’s going to be a difficult game.

“Leigh Griffiths’ movement is very, very clever. He knows how to make it difficult for you as a centre-back, plays off your shoulder, never lets you see him, never lets you touch him.

“He is very, very difficult to play against and unfortunately for us he scored a hat-trick against us last season. He has a wee habit of scoring against us. It’s something we are going to need to keep an eye on.”

Devlin was on the books of Celtic as a teenager and admits the game still holds an extra significance.

The 23-year-old said: ” Growing up, a lot of my family and friends are Celtic fans. I always remember the first game I played was just after my 21st birthday and a lot of my family said: ‘We hope you do well but we can’t genuinely want Celtic to get beat’. Even though their nephew was playing in the game.

“It’s always something that means a lot when you have family and friends watching, it’s a bit special.”