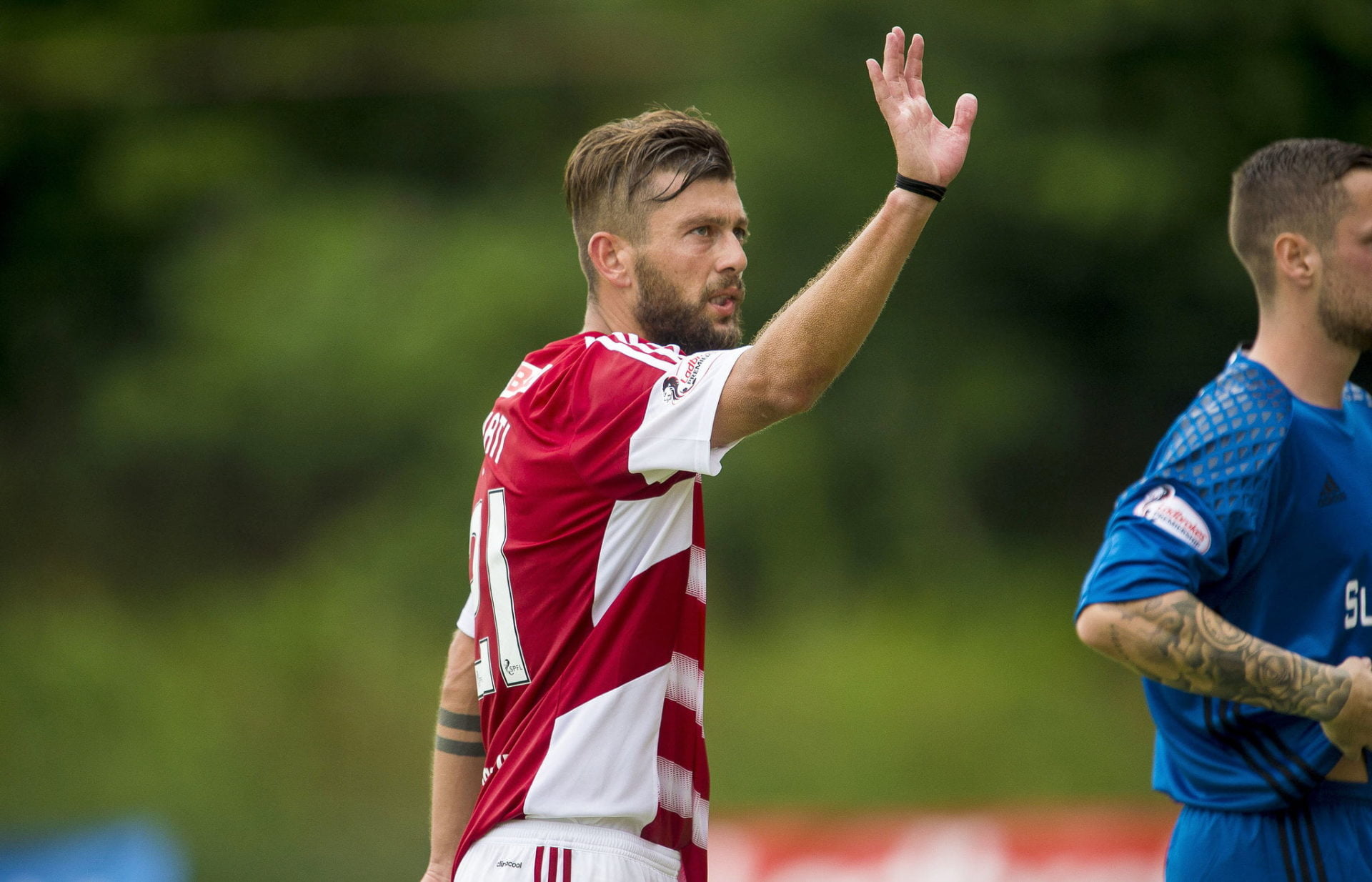 There are levels in football and on the evidence of this league cup fixture, Hamilton are a level above St Mirren in the league and on the park.

As far as individuals go, Massimo Donati was a level above everyone on the pitch, even at 35 years of age.

The Italian is well known on these shores for a two year spell in the green and white hoops of Celtic.

It wasn’t the most memorable period and most Celtic fans would concede their abiding memory of the Italian was his winning goal against Shakhtar Donetsk in a Champions League group fixture.

On Saturday afternoon at New Douglas park or the Superseal stadium, Donati strolled about like Superman with extra powers that most players in Scotland could only dream of.

He sat comfortably in front of the back four in a 4-1-4-1 formation and sprayed 10 yard or 40 yard passes with precision and ease.

Don’t get me wrong, he is not the answer to all of the problems Martin Canning’s Hamilton encountered last season, but he will provide a calming influence and invaluable experience to the younger members of the squad.

Donati scampered across the park, always available and always willing to take the ball in space or in traffic.

The fact that his first touch was so assured made it easy for him to pick the pass and allow Accies to get up the field or out of a sticky situation.

The goal he scored to cap off a fine, well deserved 3-0 win for the home side was a thing of beauty.

When the ball dropped out to the edge of the box, the immediate thought from the stands was a blast from the Italian’s right foot, but Donati had other ideas.

The midfielder brushed the ball, like an artist confident in his stroke across the canvas, low past Jamie Langfield into the bottom corner of the net.

It was majestic to watch and merely highlighted how rarely we’ve seen that sort of artistry in our leagues over the last few years.

Donati is worthy of praise in a game that most managers are treating as pre-season warm ups. Stronger analysis of the Italian, in the twilight of his career, will come on a much colder night in Lanarkshire in late November when Accies really need a match-winner.

One thing is for certain, he will not be able to lift his head as often with time to spare to pick a pass in the Premiership, the way he did against St Mirren.

Over the past few seasons, I have tipped Hamilton for the drop from day one, this season I am not going to be as hasty in suggesting their demise.

If the Accies board surprised everyone with the signing of Donati, maybe they can add a couple more of his ilk to help their academy stars over the course of the campaign to once again defy the odds.