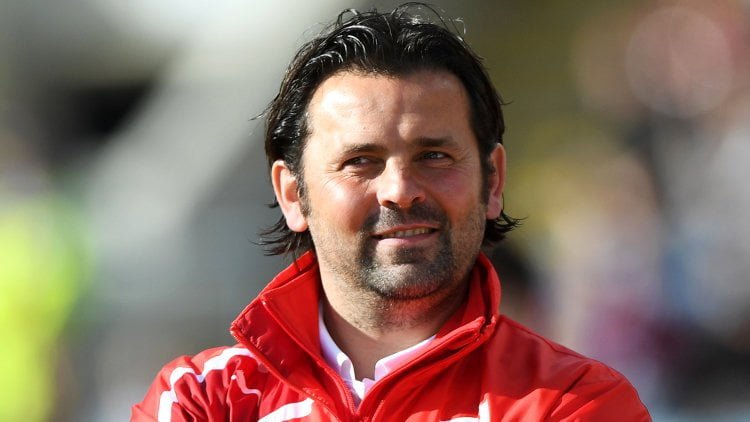 Ross County held Dundee to a 0-0 draw in the Ladbrokes Premiership match at Dens Park.

Paul Hartley’s visitors ran out convincing 3-1 winners over the Staggies on the opening day of the campaign in early August b ut second time around they were forced to settle for a draw against Jim McIntyre’s visitors, who enjoyed the better of the chances on Tayside.

Dundee handed 20-year-old Australian midfielder Jesse Curran his first start in midfield, while Kevin Gomis returned at the heart of the their defence after his wife had given birth back in France recently.

County remained unchanged from their 2-2 draw with Hearts in Dingwall and th e Staggies – who went into this match on a four-match unbeaten run – had a clear opportunity to take lead inside three minutes.

Christopher Routis’ corner picked out captain Andrew Davies, who was all alone – but his shot from 12 yards went straight into the arms of home goalkeeper Scott Bain.

A few minutes later the hosts had their first real glimpse of goal when Tom Hateley’s corner was left by Curran for Craig Wighton, whose low shot was saved by visiting keeper Scott Fox.

Shortly after, Dundee full-back Cammy Kerr released Wighton down the right and his cross into the middle was just too high for the onrushing Kevin Holt.

As half-time approached, Wighton drove into the County penalty area and cut the ball back, only for Marcus Haber to fail to arrive in time to make the most of the opening.

County began the second half in positive fashion and had the ball in the net in the 48th minute. Gardyne’s cross was met by Liam Boyce, whose header couldn’t be kept out by Bain – but the Staggies striker was penalised by referee Euan Anderson for a push on Dundee captain Darren O’Dea.

Dundee were also attacking at every opportunity. In the 55th minute Wighton tried his luck with a dipping long-range shot which just went past the post, before County had a glorious chance to make the breakthrough in the 74th minute.

Substitute Alex Schalk set up Boyce, who then put Routis right through – but the French midfielder dragged his shot wide.

A minute later, Marcus Haber found himself clean through from Gomis’ punt forward but the Canadian striker lashed wide of the target from 10 yards.

The best chance in the closing stages came with 11 minutes remaining, when Schalk’s header from substitute Jonathan Frank’s cross was turned round the post by Bain.