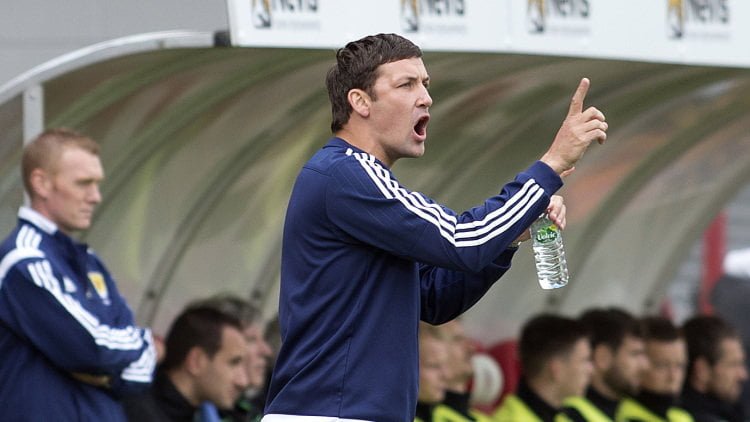 Hamilton player/manager Martin Canning believes Dundee are no less dangerous a proposition without their dynamic duo as he prepares for the trip to Dens Park in the Ladbrokes Premiership on Friday night.

The Taysiders’ boss Paul Hartley lost striker Kane Hemmings, who scored 25 goals last season – including a hat-trick in a 4-0 win over Accies – and three goals in two Betfred Cup ties at the start of this campaign, to Oxford United.

Dundee started this league campaign with a fine win at Ross County before losing at home to Rangers and Canning, who revealed out-of-favour left-back Antons Kurakins has been told he can find another club, said: “They are a good unit and they have brought in good players as well.

“Obviously if you lose two quality players who have been a big source of goals and creativity for them, it will impact your team but I have no doubt that the players, more than anything, will be desperate to prove that they are not a two-man team, that they are still a good team.

“We lost 4-0 up there last season when Hemmings caused us problems and we won 1-0 up there towards the end of the season, so it has been mixed.

“For us, it is about going up there focused and ready to go to try to win the game.”

Kurakins joined Accies on a two-year deal in 2015 after leaving FK Ventspils but the 26-year-old Latvia defender is surplus to requirements at the SuperSeal Stadium.

“I said to Anton that he can look for a new club,” said Canning.

“I don’t see him featuring enough this season for us to justify staying so we have had the conversation.

“It is up to his agent and the club to discuss things to see where it goes from there.

“I said to him that I was probably looking to bring in another left-back and I have young Scott McMann coming through and there was no point in having three.

“So whether I get that (left-back) or not, I will wait and see but I just feel consistency-wise he was up and down a lot and for us to get better, it was an area of the park I was looking to improve on.

“It was in fairness to him as well, the last thing he wants as an international player is to not play.”