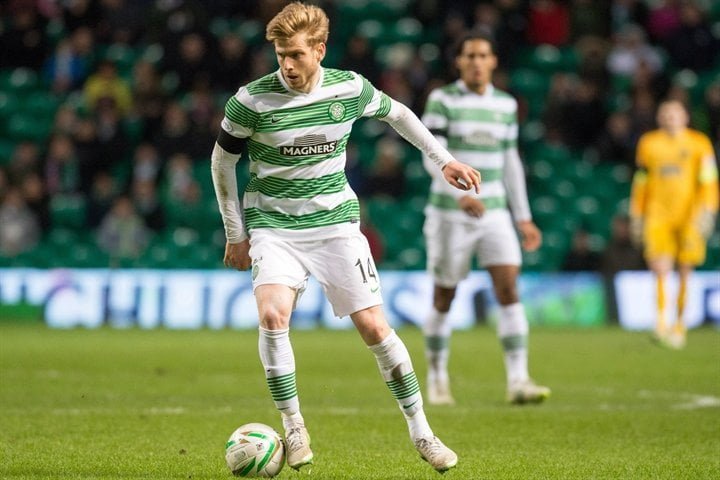 Dundee United can turn it around, says Armstrong

Celtic midfielder Stuart Armstrong believes his former club Dundee United have what it takes to turn around their woeful run of form.

The Arabs haven’t won a Scottish Premiership game since Armstrong and Gary Mackay-Steven left for the Hoops on Transfer Deadline Day back in January.

And having been eliminated from both Cups, supporters have questioned the decision to let the players leave especially when it was revealed that boss Jackie McNamara had received a bonus for selling the duo.

Armstrong was reluctant to discuss the “bonus row” saying “I think that is a matter for Dundee United and the manager,” but he does think they can bounce back.

“I think they have just had a run of bad form which happens to a lot of teams.

“They have had a few injuries as well which hasn’t helped them and four games against us as well.

“They have time to turn it around and I think they will.”