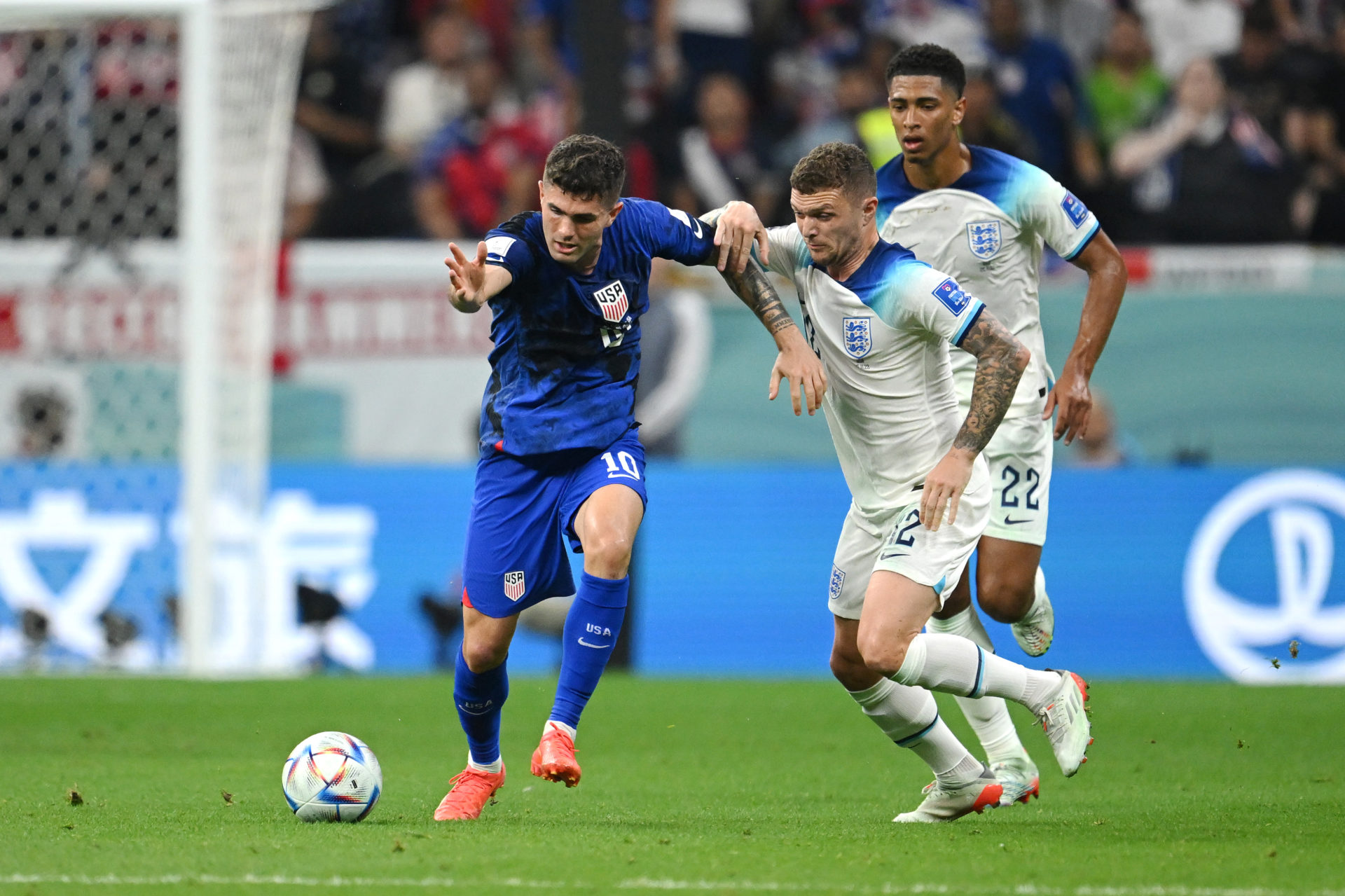 England slump to 0-0 draw with USA, on a night that leaves Southgate with more questions than answers

By Blair MalloyNovember 25, 2022No Comments

England slumped to a 0-0 draw with the USA, on a night where Greg Berhalter’s young side will feel unfortunate not to have taken all three points.

England failed to muster any real clear-cut chances in the Al Bayt Stadium, whilst Christian Pulisic struck the cross bar for the Americans.

Gareth Southgate showed faith in the side that cruised to a 6-2 win over Iran by naming an unchanged side, the first time he had done so since 2018.

The USA meanwhile named a starting XI with five players who call England home, plying their trade in the Premier League.

Harry Kane almost opened his World Cup account after nine minutes. Bukayo Saka, fresh from his double against Iran, worked his way into the box before pulling the ball back to Kane who shot was well blocked by Walker Zimmerman.

The best chance of the half came on 25 minutes when Juventus midfielder Weston McKennie found himself free in the England penalty area, only to blaze his shot over the bar when should’ve hit the target.

England didn’t seem to be heeding the warning that the vibrant USA attack were posing, when minutes later Christian Pulisic peeled a raking drive off of the cross bar. The Chelsea forward shifted the ball away from Kieran Trippier before firing his shot off the woodwork.

Mason Mount forced a smart save from Matt Turner on the stroke of half time, but neither side could find the breakthrough.

The USA started the second half brighter as England’s glut of stars struggled to deal with the relentless energy of Gerg Berhalter’s men.

Harry Kane almost stole the three points for England in stoppage time with a late header, but neither team could make the breakthrough.

Questions will now be asked about the lack of intensity amongst the Three Lions side, with fans wondering why there was no sighting of Phil Foden from the bench.