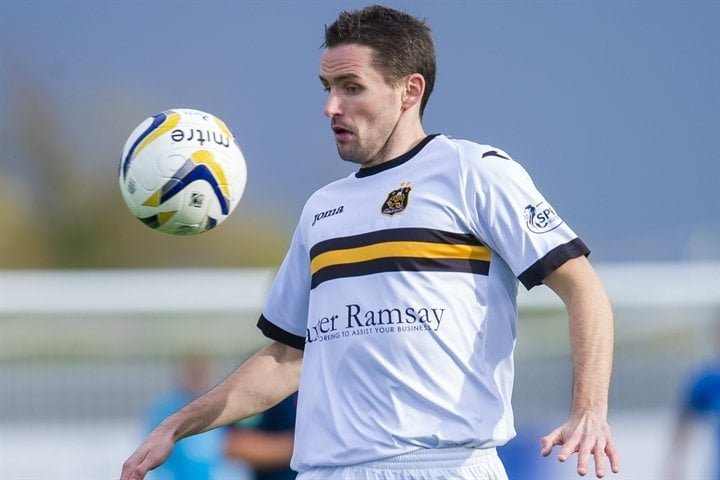 Lee Mair has described Dumbarton’s handling of his contract situation as “embarrassing” after being frozen out at the club.

The defender, who signed last summer, hasn’t featured for the Sons since the end of January but is fully fit and available to play.

However, because of a clause in his contract which triggers the second year if he starts another game for the Championship outfit, the club have told him he won’t play for them again.

Mair, who is still being paid by Dumbarton but isn’t attending training or games, claims he was offered the option of the second year provided he took a pay cut which he declined.

“They said that if I played the game then I was to take a pay cut next year and when I tried to contact them to negotiate there was no contact whatsoever,” he told PLZ Soccer.

“No one spoke to me about it. The next thing I knew I wasn’t being played or being put on the bench and then it just came to end so I find myself in this unfamiliar situation.

“I tried to contact the chairman because I couldn’t get in contact with the manager for weeks he wasn’t replying to texts or emails so I then spoke to the secretary and I got a message back saying ‘no the chairman won’t speak to me.’

“I wasn’t falling out with anyone I was trying to get to the bottom and find out what was happening with my career and where we were heading.

“It was frustrating because I’m 34, I’ve been in the game for 18 years and it’s the first time I’ve came across this but it’s the way football is nowadays.

“I’m just disappointed because the fact I went to Dumbarton was because of the two-year deal that was sitting there and now for them to try to change the contract half-way through seems unfair.

“It’s not like I’m a 16-year-old kid I’ve been in the game 18 years and it’s the first time I’ve come across people unwilling to talk to you to discuss things.

“I find it disappointing and embarrassing if I’m being honest the way that they wouldn’t talk. It’s just a weird situation. The players knew what was going on and they couldn’t believe me when I told them what was happening.”

Mair had words of advice for any players when negotiating their contracts after his experience.

He said: “Don’t get that clause in your contract because I’ve heard about these things happening to other people before but until you’re on the receiving end of it you don’t realise how upsetting it is.

“I should be playing football every Saturday instead I’m watching football, taking the kids dancing or swimming. I’m not ready for that at this stage of my career. I want to play as long as I can. Football clubs look after themselves now and that is what Dumbarton are doing.”

The 34-year-old still has ambitions of playing and is hopeful of finding a club in the summer.

“I’m keeping myself fit I’m probably learning more from the coaching side of the game, I’m assessing football differently .I’m under no illusions there’s going to be hundreds of other players looking for a club in the summer. It’s just a case of bide your time and see what is out there later on.

He added: “I would consider the possiblity of a player-manager’s job providing I was able to bring a more experienced assistant along side me to help but we’ll have to wait and see.”