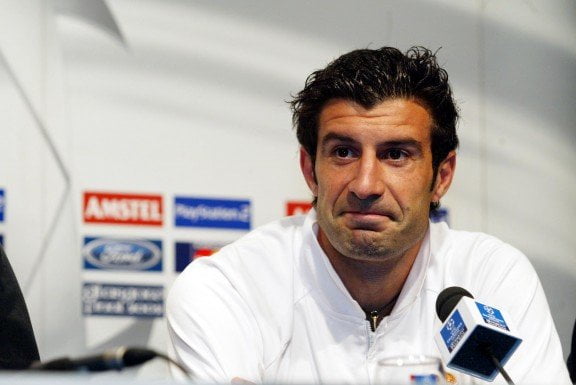 With reports emanating from Spain last week suggesting that Real Madrid attempted on three separate occasions to lure Barcelona star Lionel Messi to the Santiago Bernabeu, PLZ Soccer takes a look at those players who ended up crossing the divide.

With his creativity and flair, Luis Figo is regarded as one of the greatest players of his generation but his decision to switch allegiances from Barcelona to Real Madrid for a then-world record fee was met with utter contempt by ‘Cules’. Figo’s return to Camp Nou in the colours of Madrid prompted jeers and whistles whenever he touched the ball and there was even a pig’s head thrown at him from the crowd whilst banners draped around the ground ensured Figo knew exactly what the fans thought of him.