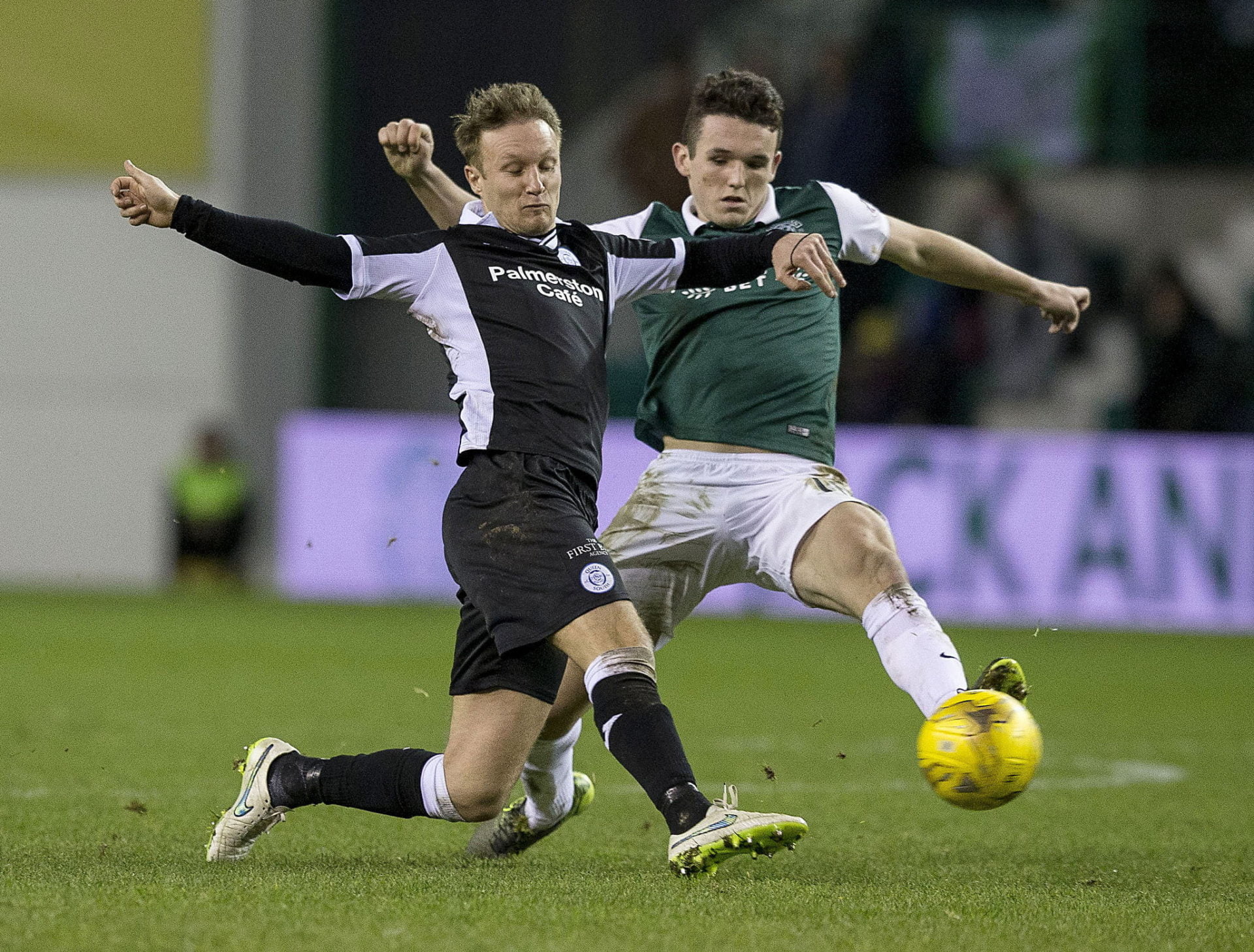 Being a hair consultant and a professional footballer might seem like worlds apart but for Queen of the South striker Iain Russell it’s the story of his working week.

While most of it is spent trying to beat defenders and score goals at Championship side Queens, Wednesday and some afternoons are spent helping clients tackle their hair loss.

And it is seemingly a trend which is popular among footballers, with Russell having the procedure last year and more players are booked in for this summer too.

“I was losing just a wee bit of the front of my hair along the hairlines,” he said.

“I started to notice it more and more in photos, playing football and then obviously the boys in the dressing room were quick to notice it as well!

“Every day the boys were giving me a bit of stick so I decided to get it done.

“I don’t think it’s quite as noticeable at the front now so it’s not too bad.

“I’ve had a couple of boys saying that were thinking about coming in as well so they are now coming to me for professional advice!”

The surgery is called Follicular Unit Extraction (FUE) where hairs on the back and side of the head are grafted onto the bald or thinning areas.

It’s a straight forward procedure and the patient is in and out in the same day with no scarring.

It can take anywhere between six to eight months or up to 12 months to see the final results of the transplant.

Russell was delighted with his new look and became a consultant for the company KSL Hair clinic in Glasgow.

“I had mine done last summer. There’s an aftercare package with that so I’ve been coming in for that and the owner Simon Lindsay said to me at the end of my aftercare that he wanted me to come in and work part-time and see what it’s like to work with the company.

“I’ve been in six weeks. People will come in and I’ll sit and have a chat with them and discuss their options that they’ve got available to them and it kind of goes from there.

“It’s great to see people coming in having it done and then walking away with a smile on their face.”

Players are expected to perform in high pressure situations but with the amount of coverage they get there is also a pressure to appear aesthetically pleasing too.

Russell conceded he became self-conscious when he seen his photo in the press or footage of himself on TV.

“Footballers are more in the spotlight; their pictures are in the paper everyday and on Sky and obviously when you’re playing you’re sweating so if you’ve got thinning hair you notice it more.

“I suppose for some players it is about image but I think everybody wants to look their best but I think it’s more a confidence thing for each individual.

“I wouldn’t say that it affected my self confidence when playing or my ability to head the ball. Maybe I’m not good in the air but I’ve never been good in the air!

“I just remember seeing pictures and stuff after the game and you think oh that’s not looking great.”

Russell has no intentions of hanging up his boots just yet but at 33 he is starting to think about life after football.

“Football first and foremost is for me and I still love my football for another few years yet I’m coming to the end of my career as well so I’m thinking about my future.

“I’ve only been in six weeks but I’m absolutely loving it and I’d like to keep doing this in the future.”