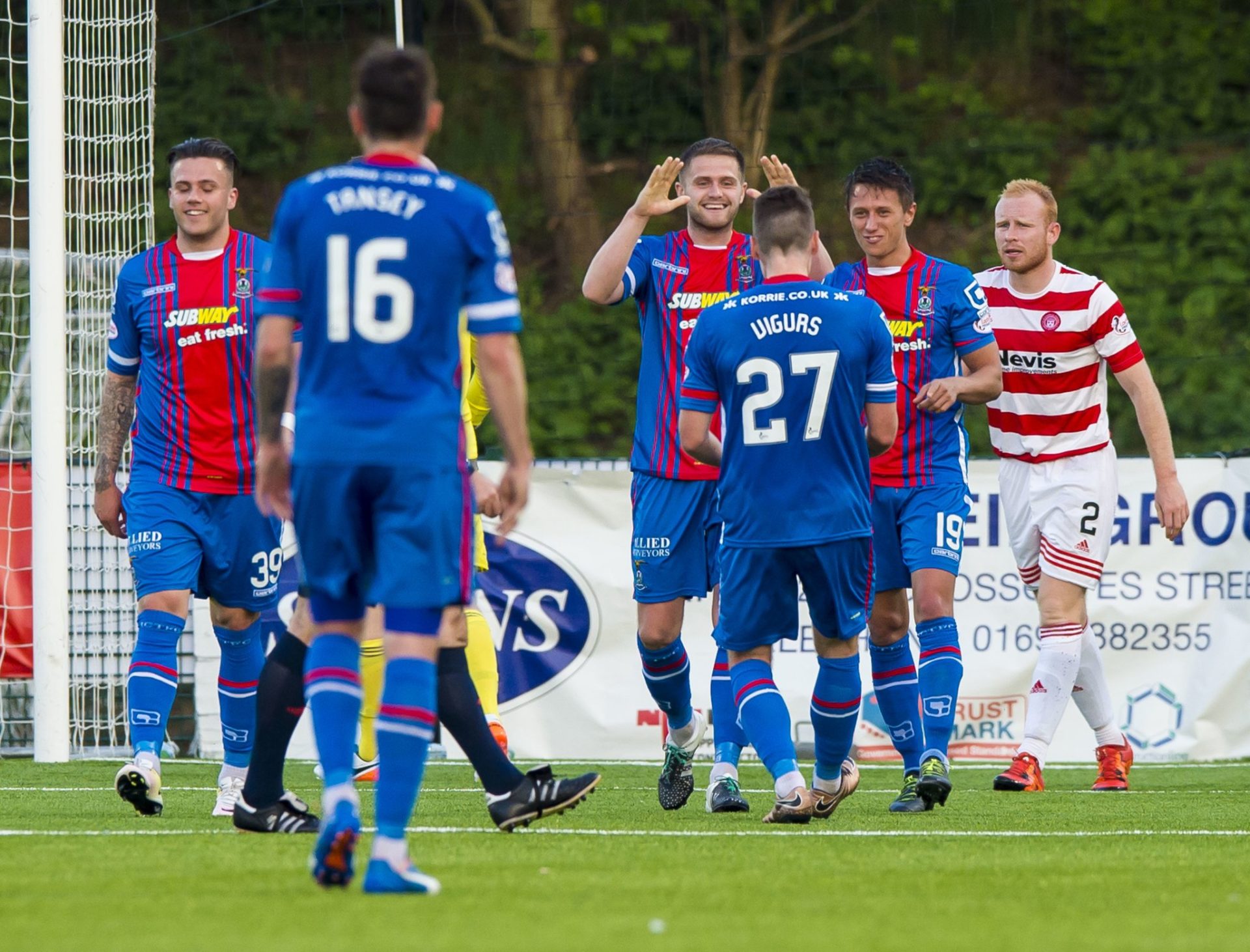 A Danny Devine strike secured all three points for Inverness and spoil the farewell party for a number of Accies stalwarts.

Liam Polworth should have doubled the Highlanders advantage early in the second-half but he fired straight at Michael McGovern when clean through on goal.

It was out with the old and in with the new for Hamilton as Ziggy Gordon, McGovern and Carlton Morris said goodbye to the New Douglas Park faithful.

Youngster Steven Boyd was handed his first start while Ronan Hughes made his debut from the bench.

Accies were lively throughout and even the questionable dismissal of Darian Mackinnon after 75 minutes failed to prevent their push for the elusive equaliser.

Mackinnon was shown a yellow card for shielding the ball aggressively and a subsequent yellow when the combative midfielder remonstrated his displeasure with referee Stephen Finnie.

Despite the defeat, Hamilton manager Martin Canning saw the positives.

“I’m disappointed in terms of the result but I think performance wise we played well second half in particular, going down to 10 men I thought we were still a threat, we finished the game with a lot of academy kids so there’s plenty of positives.”

And Canning was bemused by Mackinnon’s sending off.

“I don’t think it was a foul in the first place and then the referee said he he’s swore at him but I think that happens continually through games people swear all over the pitch.”

Meanwhile Inverness gaffer John Hughes was pleased to see his side climb up to seventh in the table.

“I thought we were very good in the first half disappointing in the second half.

“When they went down to 10 men I expected we would really pop it and pass it but we seemed to sit back and hold onto our lead but its all about coming here and winning so all credit to them.”