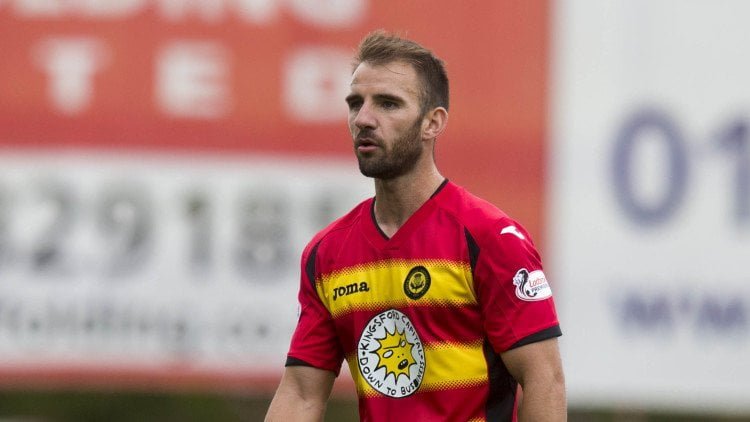 Partick Thistle’s hoodoo over Hamilton Accies continued as the Maryhill side maintained an impressive 10-game unbeaten run with a 1-1 draw at the SuperSeal Stadium.

Accies haven’t taken three points from the Jags since late strikes by Tony Andreu and Jason Scotland gave them a 2-1 Firhill win back in August, 2014.

Since then, Thistle have clocked up seven draws and three wins, and in the end Accies can consider themselves fortunate to escape with a point.

Thistle started well, with Kris Doolan heading a Callum Booth cross past the right post after three minutes and five minutes later Christie Elliott tried his luck with a lob but it dipped just over.

Hamilton came into the game and in the 12th minute Lennard Sow’s cross was glanced just past by Alex D’Acol.

However, when Massimo Donati played a neat ball through and Liam Lindsay dithered, D’Acol pinched it off his toes and rounded Tomas Cerny to slam into the net for his fifth goal of the season.

Ali Crawford sent Rakish Bingham down the right after 18 minutes but his low shot was parried and caught by ex-Hamilton keeper Cerny.

Ade Azeez tried his luck with a lob from 20 yards in the 24th minute but it cleared the bar and keeper Gary Woods looked to have it covered anyway.

When sent through by Sean Welsh six minutes before the break, Azeez lobbed the ball well over after drawing Woods, and really should have levelled.

Thistle nearly scored after 43 minutes in bizarre circumstances; Booth blocked a Grant Gillespie cross and tore down the left, and although Doolan did not appear to meet the cross cleaning with a header, it had Woods scrambling and he was delighted to see it rebound off the left post before being hacked clear.

The visitors thought they had levelled in the 47th minute but Elliott’s thunderbolt hit the right side netting.

Darian MacKinnon sent Bingham through in 53 minutes but his swerving shot flew just over Cerny’s bar.

Thistle went close after 59 minutes when Azeez found Ryan Edwards on the left and he cut inside before drilling in a low shot that Woods blocked before it was hacked clear.

Chris Erskine replace Azeez, and within a minute Thistle were level. Erskine’s cross was poorly dealt with by Dan Seaborne and Welsh chested it down before slamming into the net.

It took Accies a while to get back into the game but in the 65th minute Greg Doherty’s cross from the left was met at the back post by D’Acol, although Cerny caught it comfortably enough.

Three minutes later Crawford’s drifted cross was taken by Cerny at the feet of D’Acol.

Booth had the ball in the net from Erskine’s cutback after 73 minutes but was flagged offside.

Accies striker D’Acol tried an acrobatic overhead attempt in the 81st minute from Crawford’s cross but it flew harmlessly wide.