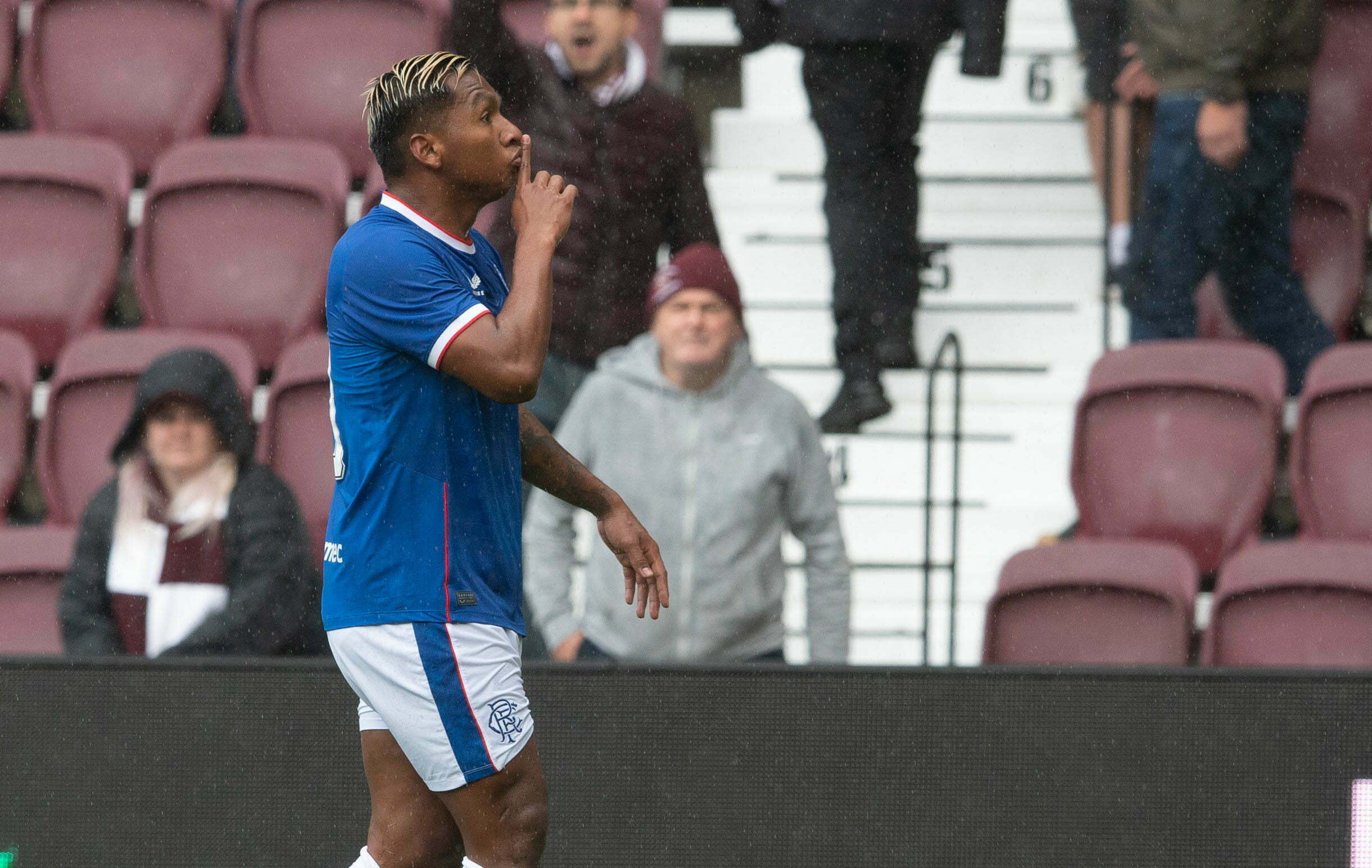 By Blair MalloyOctober 1, 2022No Comments

A first half double from Antonio Colak, as well as late strikes from Alfredo Morelos and Ryan Kent, saw off 10-man Hearts as Rangers hit the summit of the Scottish Premiership, for a few hours at least.

Giovanni van Bronckhorst’s men took control of the game with 2 goals inside the opening 30 minutes, before Cammy Devlin made the home side’s task almost impossible with a reckless stamp on Rabbi Matondo.

The returning Morelos came off the bench to lash in a third before Ryan Kent added a fourth in injury time to seal what was in the end a comfortable three points.

Both sides were looking to make strides at the top of the table, with Hearts aiming to join their visitors in second place with a win, whilst Rangers had eyes on top spot.

A criticism levelled at Rangers boss Van Bronckhorst has been the underutilising of his summer signings, however both centre back Ben Davies and winger Rabbi Matondo were in from the start. For Hearts meanwhile, Orestis Kiomourtzoglou was making his home debut.

It was another summer signing though that sparked this game into life, as Colak put Rangers ahead with a precision header with the game just 5 minutes old.

The Croatian found Kent out wide, who delivered back on to the forward’s head, where he directed the ball past Craig Gordon for his 7th league goal this season.

The visitors almost doubled their advantage on the 20-minute mark, Scott Arfield carved out an opportunity with an excellent touch in the middle of the area, only to fire his left footed shot well wide of Gordon’s right-hand post.

Hearts were finding their feet in the opposition half but a lack of cutting edge in front of goal which left Allan Mcgregor largely untested in the opening exchanges.

As the half hour mark came, Rangers demonstrated a lesson in clinical finishing to double their lead. John Lundstram found Matondo from deep win a raking ball, the Welsh winger fed Colak who slipped the ball past Gordon to get his and Rangers second of the afternoon.

The task was made even harder for the hosts 5 minutes before half time when Cammy Devlin was sent off for a straight red card. The midfielder, who made his Australia debut in the week, flew in with a stamp on Rabbi Matondo leaving the referee no choice.

Rangers had the ball in the net once more before the half was out, but the referee’s whistle had blown for what looked like a soft foul on Gordon.

The second half lacked the intensity of the first with both teams lacking in ideas for the most part.

Van Bronckhorst introduced Alfredo Morelos from the bench and the Colombian continued his fine scoring form against Hearts, lashing home a third for Rangers with 15 minutes remaining.

Ryan Kent added the icing on the cake in stoppage time with his first league goal of 2022. The winger cut inside and curled the ball past Gordon, sending Rangers top of the table in style.