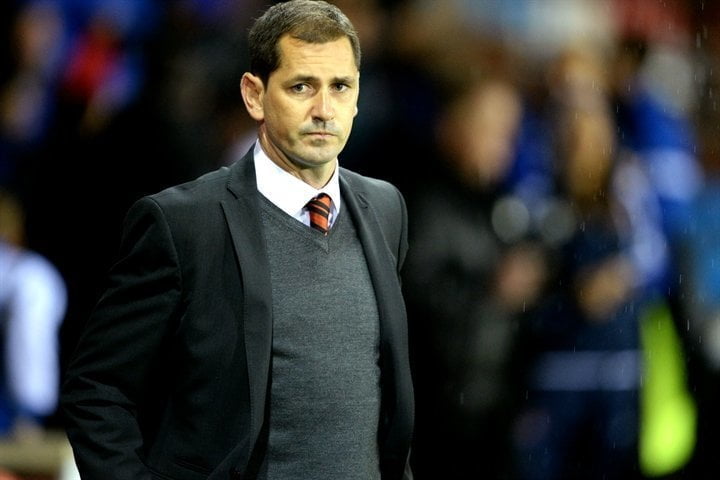 By Craig Turnbull at Tynecastle

Hearts produced a devastating display of ruthless, attacking football to run out 10-0 winners against 10-man Cowdenbeath on Saturday.

Any notions of Robbie Neilson’s men easing up in the second half were extinguished as Morgaro Gomis added a sixth with a panenka-style penalty before a trademark blast from Alim Ozturk added further misery to the visitors.

Robbie Neilson though wasn’t getting carried away with the scoreline.

“It’s a great performance we scored a lot of goals but that’s it done. If we don’t score 11 against Dumbarton then people will be saying we’re coming off it again so just need to make sure we continue to try to develop,” he said.

“It was a difficult day for Cowdenbeath we spoke at half-time at 5-0 about how we just wanted to go out there and do it again.

“You always hope you’ll go and do it but a lot of the time they don’t because they take the foot off the gas. I was lucky I could bring on Soufy, Keatings and Sow which gave the whole place a lift.

“They’re desperate to score goals and it keeps us going. Good performance, good goals but at the end of the day it’s only three points.”

Cowdenbeath boss Jimmy Nichol admitted it was an embarrassing defeat but says he still believes they can avoid the drop.

“It’s a real sore one because we have difficult games coming up. What we are supposed to do is stick together and get up for Rangers next week.

“I still believe we’ve got enough to get ourselves out of this situation but we’ve got a difficult March ahead of us.

“My job now is to lift them. I’m really disappointed for everybody concerned with the club because it is embarrassing to lose a football match with those sort of figures.

“All I can ask from my players is to get a performance but that didn’t happen. We can’t let Rangers think it will be a cakewalk. I’ve got to get into the players and get them sorted out.”