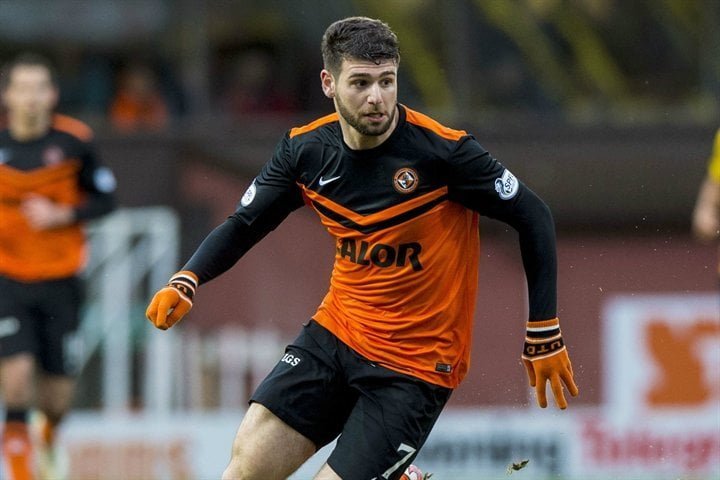 Hibernian moved to second in the Championship after a comfortable victory over Dumbarton at Easter Road.

Franck Dja Djedje opened the scoring with a low shot into the corner before Dominique Malonga added a double thereafter.

Keith Watson had penalty claims waved away and Paul Hanlon saw his header cleared off the line as Alan Stubbs’s side moved to ram home their superiority.

The Leith outfit have now only lost once in their last 23 games, while the Sons have taken one point from a possible 21.

And they never looked likely to pick up anything here as Hibs dominated from start to finish.

There was perhaps a sense of frustration creeping into their play as the first 20 minutes remained goalless and Dumbarton gained in confidence.

However, that hope was snuffed out by a quick-fire double from the hosts, with full-back Keith Watson playing a pivotal role in both goals.

The on-loan Dundee United defender crossed the ball in for Djedje, who showed great strength before swivelling to fire a low shot beyond goalkeeper Danny Rogers.

Still stunned by that first goal the Sons conceded again moments later. Once more it was a teasing delivery from Watson, who found Malonga, the Congo striker then angled a header into the far corner.

The absence of Scott Allan was offset by the impressive Fraser Fyvie. His creativity and movement caused numerous problems for the Sons’ defence as Danny Handling and Malonga passed up further opportunities to score.

However, the striker wasn’t to be denied in the second half. Scott Robertson slid the ball into the path of Malonga, who seemed to hesitate before dispatching the ball beyond Rogers via the aid of a deflection.

Dumbarton were devoid of any belief and it took them until the 65th minute to register a shot on goal – albeit a weak effort via the head of Garry Fleming.

Hibs could have added further goals to their tally, only prevented by a combination of poor finishing, good goalkeeping and a clearance off the line by Agnew from Hanlon’s header.