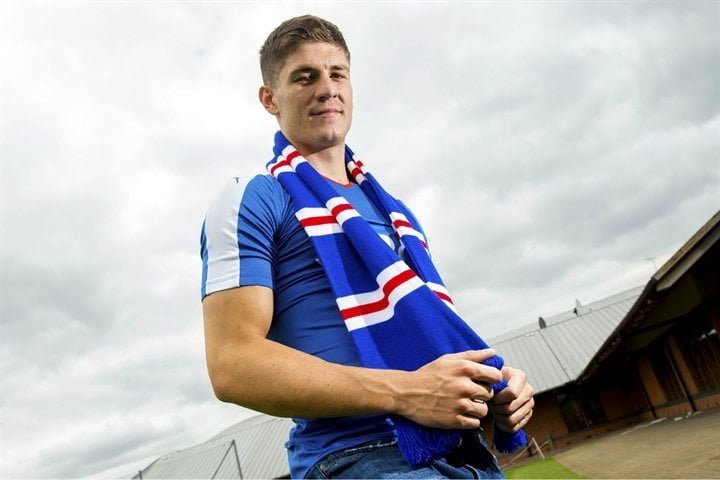 Rob Kiernan has denied claims he failed a medical at Birmingham City before joining Rangers.

The 32-year-old looked set to join the Blues before apparent issues with his medical caused a delay.

However, the defender insisted there wasn’t any problems and it was because a call from Rangers boss Mark Warburton – who Kiernan worked with at as a youth at Watford – turned his head.

“I respect Birmingham as a club and the manager and everyone there,” he said.

“I completed my medical there, I went back to sign the day after. The paperwork wasn’t quite ready. During that time, the phone call came from here.

“I was a little bit disappointed that it turned sour and (people said) I failed a medical. I’ve got the email confirmations from my club. I don’t want to comment on it too much but I never failed a medical. I completed everything that was asked of me.

“I came here and passed a medical and I’m ready to go on Saturday. I played a lot of football last season in the Championship and my body feels good.”

He added: “I’ve known Mark for a few years now and he has been good to me. As soon as I got the call, as soon as he got the job, I wanted to come here and work for him and do well for him.

“I want to see him succeed and I want to be part of it. There was no doubt in my mind, especially working with David, who is a legend here. I think he is going to help me a lot and I want to learn.

“You can see what he did at Brentford, took the club up to the Championship and came very close to maybe going up again. He is very intelligent, very personable as well.

“You can talk to him and throw your ideas at him, if you don’t agree with someone then he will maybe tweak it. I’ve got a lot of respect for him.

“He wants to play football and attract players that want to play football. I know it’s going to be tough, I don’t expect to walk over teams but as long as we are all working hard together then we will be fine.”