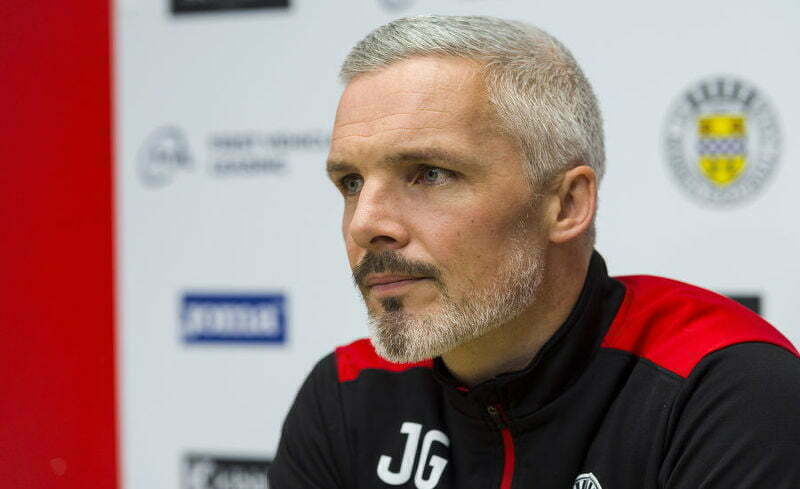 St Mirren boss Jim Goodwin revealed that he wasn’t jumping for joy after St Mirren progressed to the quarter-finals of the Scottish Cup.

The Paisley side advanced on penalties after squandering a 4-1 lead at half-time away to Motherwell.

And Goodwin admits the shock which accompanied his side’s second half collapse meant he couldn’t fully enjoy the shootout triumph.

He said: “When you view the whole thing back you put things into perspective.

“Straight after the game there was an element of shock at how the second half had went.

“The fact we were so comfortable at half time then going on to potentially lose it.

“It was an emotional rollercoaster and I didn’t feel a great deal of joy at the end.

“But the fact we’re in the quarter-finals is brilliant and there’s now a real sense of positivity going into a huge game on Friday.”

The St Mirren boss hopes his side will learn from the experience of blowing a seemingly unassailable lead.

And he was encouraged by the ruthless streak they displayed infront of goal in the opening 45 minutes in Lanarkshire.

The Northern Irishman added: “Some of the football we played in the first half was brilliant. Three of our four goals were really well worked.

“One was a little bit lucky but I’m trying to focus on the positives as much as we can.

“There’s a great deal we can take from the second half.

“We’ll all take real lessons from that and if we’re ever in that situation again then we’ll cope better.”