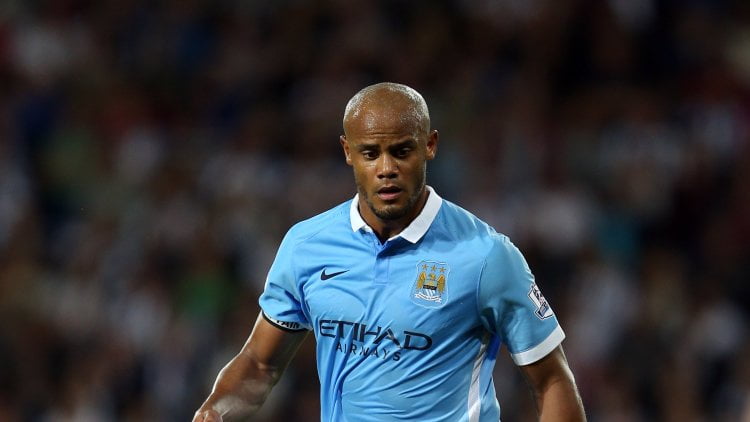 Key players back for City

City captain Kompany has been included in the squad to travel to St James’ Park after a month on the sidelines with the latest in a long line of calf-related problems.

England forward Sterling is also back in contention after missing five games since suffering a groin injury in the derby loss to Manchester United on March 20.

The news is timely for City ahead of their Champions League semi-final with Real Madrid, the first leg of which takes place at the Etihad Stadium next week.

Kompany’s influence on the City team is significant but manager Manuel Pellegrini has not had to rush him back with the previously erratic Eliaquim Mangala and Nicolas Otamendi finally finding some consistent form.

Pellegrini said: “I am very happy with the way they are playing now, both of them, and Vincent will also be an important help for our defence.

“I always say if we are fighting for important things it is because we have a very good squad.

“Sterling is just coming from an important muscle injury and we will see tomorrow if he can play some minutes. It depends how he returns from the injury.”

Since the defeat by United, which all but killed off any hopes inconsistent City still had of winning the domestic title, Pellegrini’s men have enjoyed an upturn in form.

City have won three in succession in the Premier League to tighten their grip on a top-four spot while also reaching the last four in Europe.

So with hopes high of a strong finish to the campaign, and his tenure as manager, Pellegrini does not want to look back now over why a title challenge could not be sustained.

The announcement that Pep Guardiola will replace the Chilean in the summer, and key injuries, have been notable factors but Pellegrini is not interested in such analysis.

The 62-year-old said: “The mathematical reason why we are not challenging for the title is because we lost three games in a row at the beginning of February. We lost to Leicester and Tottenham at home and Liverpool away. Three defeats in a row is not normal in this team.

“But I have spoken about why we didn’t win these games and couldn’t play well. There are a lot of reasons.

“When you are involved in the season and the manager in charge of the club I don’t think it is about trying to find excuses. We will continue with our winning mentality and try to win all the games that we have to play.”

City beat Chelsea 3-0 on Saturday to move third but have not yet secured a place in next season’s Champions League. Pellegrini has warned nothing can be taken for granted at Rafael Benitez’s relegation-threatened Newcastle.

He said: “They’re very dangerous. It is hard to believe they are in that position. They have very good players and it is always difficult to play at St James’ Park.

“I hope we can continue playing the same way we did last Saturday, being an aggressive team and trying to win from the beginning.

“If we continue playing that way it doesn’t matter against who we play but we know we have a difficult game. They need all the points to try not to be relegated.”