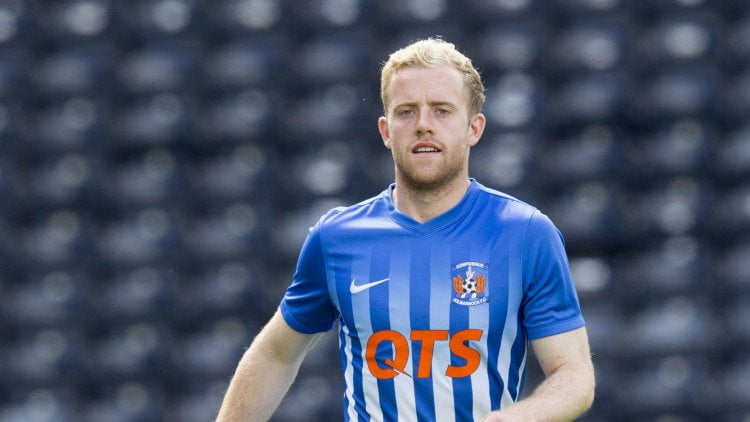 Kilmarnock recorded their first victory in four games with a 2-0 Ladbrokes Premiership win against Dundee.

Goals either side of the break from Rory McKenzie and Souleymane Coulibaly gave Lee Clark’s men all three points.

The home side were in control for the majority of the match with a dominant and energetic display against a Dundee team that struggled to get out of first gear.

The game came to life after nine minutes when Cammy Kerr fouled Kilmarnock winger Jordan Jones with a strong sliding challenge and was booked by referee Crawford Allan.

Kilmarnock broke the deadlock in the 21st minute as midfielder McKenzie pounced on a loose ball on the edge of the box to steer home a drive off the inside of the post.

Killie goalkeeper Jamie MacDonald then had to react smartly as Dundee substitute Danny Williams connected with a Marcus Haber knockdown on the half-volley.

Nathan Tyson should have doubled Kilmarnock’s advantage but he headed Gary Dicker’s curling cross over the bar.

Killie continued to press for a second goal and Coulibaly came close to scoring as a hesitant Dundee defence failed to deal with a bouncing ball in their own penalty area.

Further defensive indecision allowed McKenzie a free shot on goal which was deflected over the bar.

Kilmarnock began the second half as they finished the first. Tyson’s shot on the turn clipped the crossbar with Dundee keeper Scott Bain rooted to the spot.

Haber then came within inches of grabbing an equaliser for the visitors as his looping header narrowly missed the far post.

Bain had to be agile to turn Jones’ 30-yard strike over the bar. From the resulting corner, William Boyle rose unchallenged to head agonisingly wide.

Killie’s pressure soon paid off as Coulibaly reacted quickest to a low Steven Smith cross and the striker diverted into the roof of the net past the despairing Bain.

Bain then had to be at his best to deny both Coulibaly and McKenzie as they each searched for their second goal.

The visitors almost grabbed a late goal after a scramble in the Kilmarnock box but McDonald eventually managed to smother the loose ball.

But Killie held on for a well deserved three points in a game which could have been won by a bigger margin had it not been for the efforts of Bain.