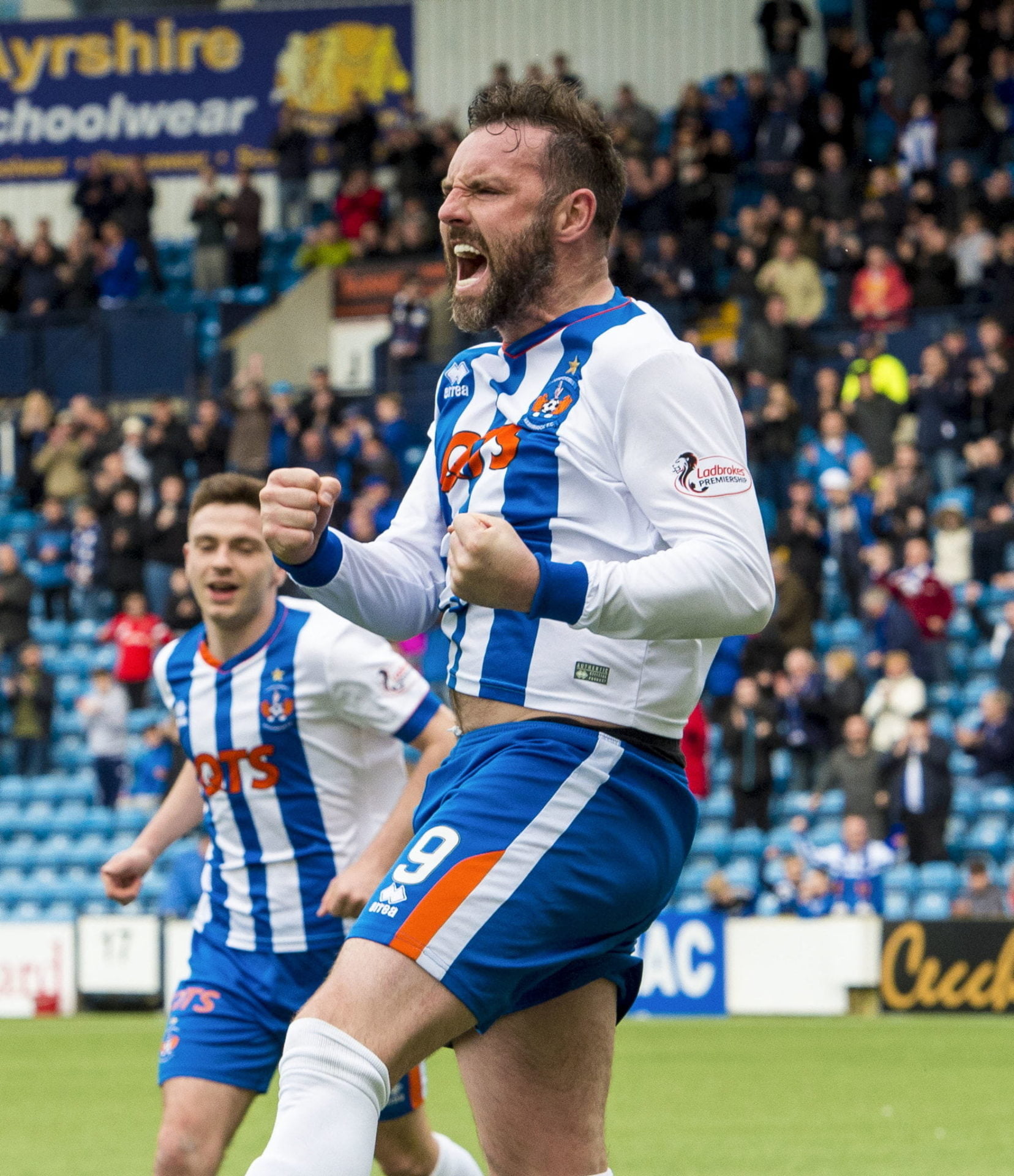 A Kris Boyd double helped earn Lee Clark his first win as Kilmarnock boss and a crucial three points in the battle to avoid the drop.

After hitting the inside of the post early on, Boyd did find the back of the net on 25 minutes when he side-footed a 20-yard free-kick into the bottom corner.

That was the ex-Rangers man’s first goal since December 5th.

The hosts doubled their advantage on 65 minutes when Kallum Higginbotham’s downward header from close range beat Alan Mannus in the Saints goal.

The visitors had the ball in the back of the net three minutes later through a Liam Craig header but he was adjudged to have done so illegally.

Boyd then put the icing on the cake with a converted penalty after Rory McKenzie was upended in the box late on.

The win moves the Ayrshire side eight points clear of bottom club Dundee United and a delighted Lee Clark says it was a well deserved victory.

“I’ve been happy with the level of performance from my team, with the exception of Ross County, we’ve played really really well and haven’t had the luck.

“We played well after a nervy start, we got into our stride and scored three and could’ve scored more.”

“Fair play to Kilmarnock, they’re fighting for their lives and took their chances when they came but 3-0 is a bit harsh on us.

“Ultimately results went well for us and we’ve made another great achievement in getting top six.”