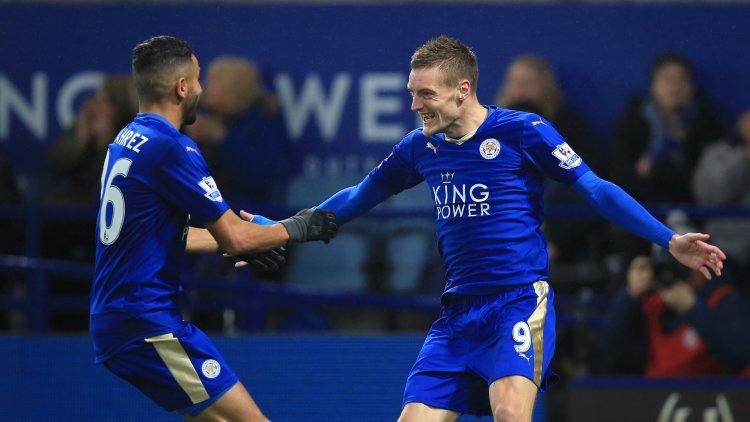 Jamie Vardy, Riyad Mahrez and N’Golo Kante have all been recognised for their role in Leicester’s Barclays Premier League title charge by being named on the shortlist for the PFA Players’ Player of the Year.

The Foxes trio make up half of the six-man shortlist for the award, which is voted for by their peers, with Tottenham’s 22-goal striker Harry Kane, Arsenal midfielder Mesut Ozil and West Ham’s Dimitri Payet the other names in the frame to succeed 2015 winner Eden Hazard.

Kane is also in contention to retain the Young Player of the Year gong he won 12 months ago and he features on a six-player shortlist alongside Spurs team-mate Dele Alli, Everton duo Romelu Lukaku and Ross Barkley, Stoke’s Jack Butland and Liverpool’s Philippe Coutinho.

Last year’s Women’s Players’ Player of the Year Ji So-Yun is in the running for this year’s award along with Chelsea Ladies team-mates Hedvig Lindahl and Gemma Davison, Manchester City Women’s Izzy Christiansen and Sunderland Ladies’ Beth Mead, who is also up for the Women’s Young Player of the Year Award, for which she faces competition from City duo Nikita Parris and Keira Walsh, Chelsea’s Hannah Blundell and Arsenal Ladies’ Danielle Carter.

The winners for each category will be announced on Sunday, April 24 and the strong Leicester presence on the shortlist for the men’s award is a reflection of the league leaders’ improbable season, which has already seen them secure Champions League qualification and could yet culminate in a championship title.

Vardy is one goal behind England colleague Kane in the race for the division’s golden boot while Mahrez has chipped in with 16 goals and 11 assists and recent France cap Kante’s role in defensive midfield has earned widespread praise.

Like Kante, Payet has enjoyed a fine first campaign after coming across the Channel last summer while 27-year-old German international Ozil has contributed a league-leading 18 assists for the Gunners this term.

Eight times in the previous 11 seasons the Players’ Player of the Year has played for Chelsea, Manchester United or Liverpool yet, just one year from those clubs having four players on the half-a-dozen strong shortlist, there are no representatives from any of those clubs.