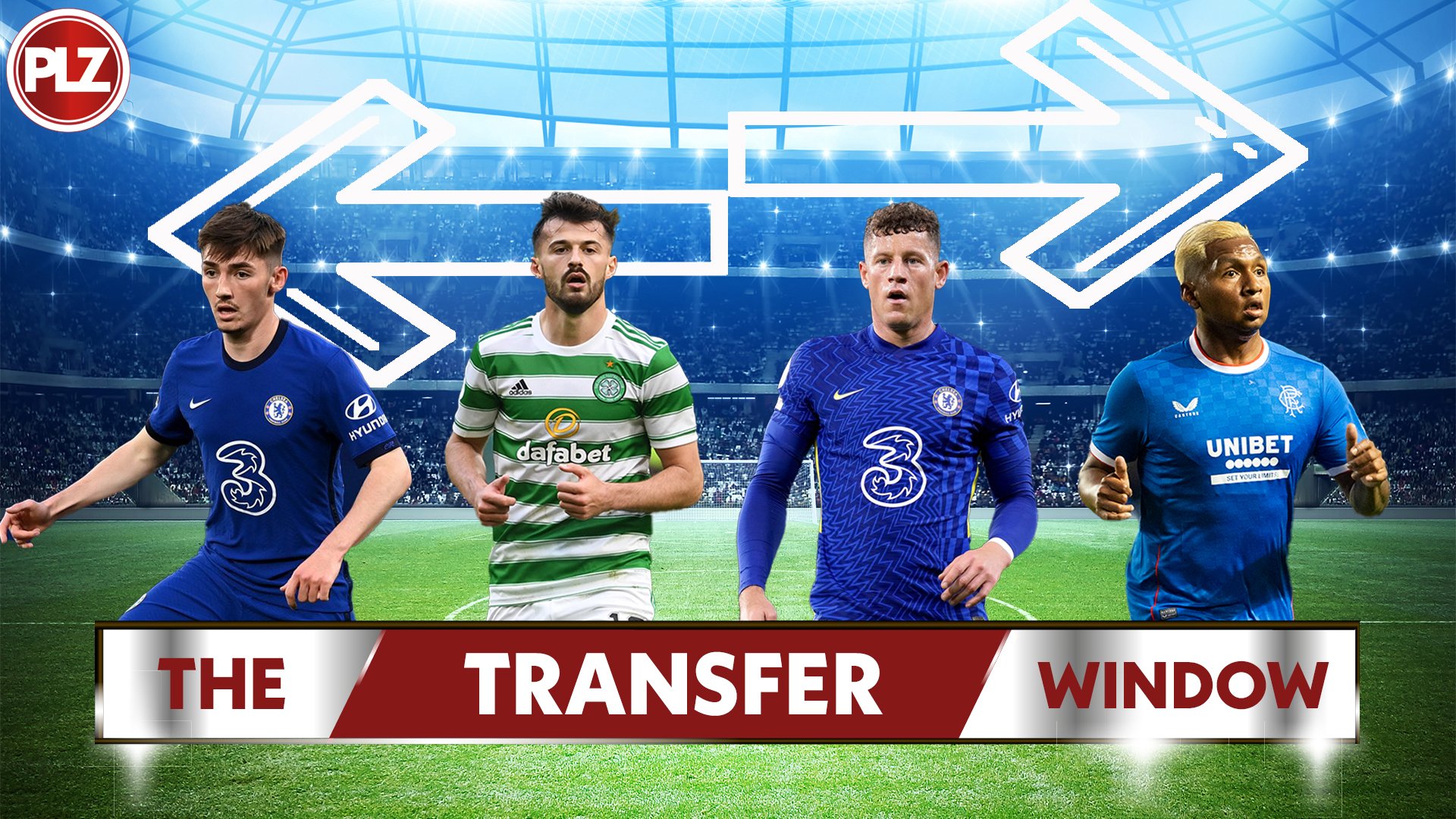 By Blair MalloySeptember 1, 2022No Comments

Welcome to PLZSoccer’s LIVE transfer Deadline Day blog. Here we will be providing updates on all the confirmed moves and rumours as the Transfer Window slams shut.

The transfer window is CLOSED in Scotland and the nervous wait is on to see which deals were done just in time.

Stay with us over the coming days as we bring you all the reaction to every club’s transfer dealings on the PLZSoccer show, weekdays at 4pm with Peter Martin and Alan Rough.

Celtic have confirmed the signing of Oliver Abildgaard on a season long deal from Russian side Rubin Kazan. The 26 year old Danish international can play central midfield and will link up with former teammates Carl Starfelt and Sead Haksabanovic.

Rangers are set to earn around £1.5 million in bonuses as Billy Gilmour completes a £10 million move to Brighton. The Scotland midfielder was not givens quad number at Chelsea and has left in search of regular game time.

Celtic have sent midfielder Liam Shaw on loan to Morecambe.

Robbie Neilson could only add forward Stephen Humphrys on deadline day. There are suggestions that the Jambos will dip into the free agent market when the window closes.

Arsenal have had third bid rejected for Douglas Luiz and will have competition for his place with Villa adding Leander Dendoncker of Wolves to their squad.

Liverpool have confirmed the singing of midfielder Arthur Melo on a season long loan from Juventus.

We’re delighted to confirm the signing of @arthurhromelo on loan from Juventus for the remainder of the 2022-23 season, subject to international clearance 🙌🔴

Stephen Humphrys has signed for Hearts from Wigan Athletic. The 24 year old joins on a loan deal.

Harry McKirdy’s move from Swindon to Hibs appears to have stalled, with both clubs ready to walk away from the deal. The striker was in Edinburgh for a medical, however it now looks unlikely a deal can be completed.

Rangers midfielder Stephen Kelly has joined Livingston on a permanent deal. The creative midfielder has left the Ibrox in search of regular game time, with Rangers set to receive a nominal fee.

Connor Mclennan has moved from Aberdeen to St. Johnstone on a season long loan deal. The 22-year-old can play in a number of positions along the front line.

It is being reported that Hearts have agreed a loan deal for Wigan striker Stephen Humphrys. The 24 year old is expected to complete the move before the deadline.

Aberdeen defender David Bates has left the club to join Belgian side KV Mechelen on a permanent deal.

16:01 No more incomings at Rangers

It is believed that Rangers are set to NOT make any more additions to their squad before tonight’s midnight deadline.

Sky Sports News have reported that Giovanni van Bronckhorst will not add to his squad, despite their being interest in various first team players.

Billy Gilmour looks set to join Brighton on a permanent deal after being frozen out at Chelsea.

Scotland defender Jack Hendry has completed a move to Serie A side U.S. Cremonese.

13:56 Aubameyang to Chelsea, Alonso to Barca

As per journalist Fabrizio Romano, a deal has been agreed to take Pierre Emerick-Aubameyang to Chelsea, with defender Marcos Alonso moving in the opposite direction.

Hibs manager Lee Johnson is close to adding a new striker to the ranks after seeing Christian Doidge join Kilmarnock on loan.

Swindon forward Harry McKirdy  is in Edinburgh to complete a medical with the clubs having agreed a fee and personal terms expected to be a formality.

Ange Postecoglou is once again looking towards Rubin Kazan, this time at defensive midfielder Oliver Abildgaard.

The Dane would be the third player to make the switch after Carl Starfelt and fellow new recruit Sead Haksabanovic.

11:04 Johnstone and Ramirez to Hearts?

Hearts are said to be in the running for Celtic outcast Mikey Johnstone and out of favour Aberdeen forward Christian Ramirez.

Following injuries to Liam Boyce and Kye Rowles in Sunday’s win over St. Johnstone, Robbie Neilson has vowed to be ‘aggressive’ in the closing hours of the window.

Mikey Johnstone is likey to head to Portugal for a loan with Vitoria Guimaraes.

The French side, owned by British billionaire Sir Jim Ratcliffe, are believed to be willing to shell out £10 million for the Finnish international.