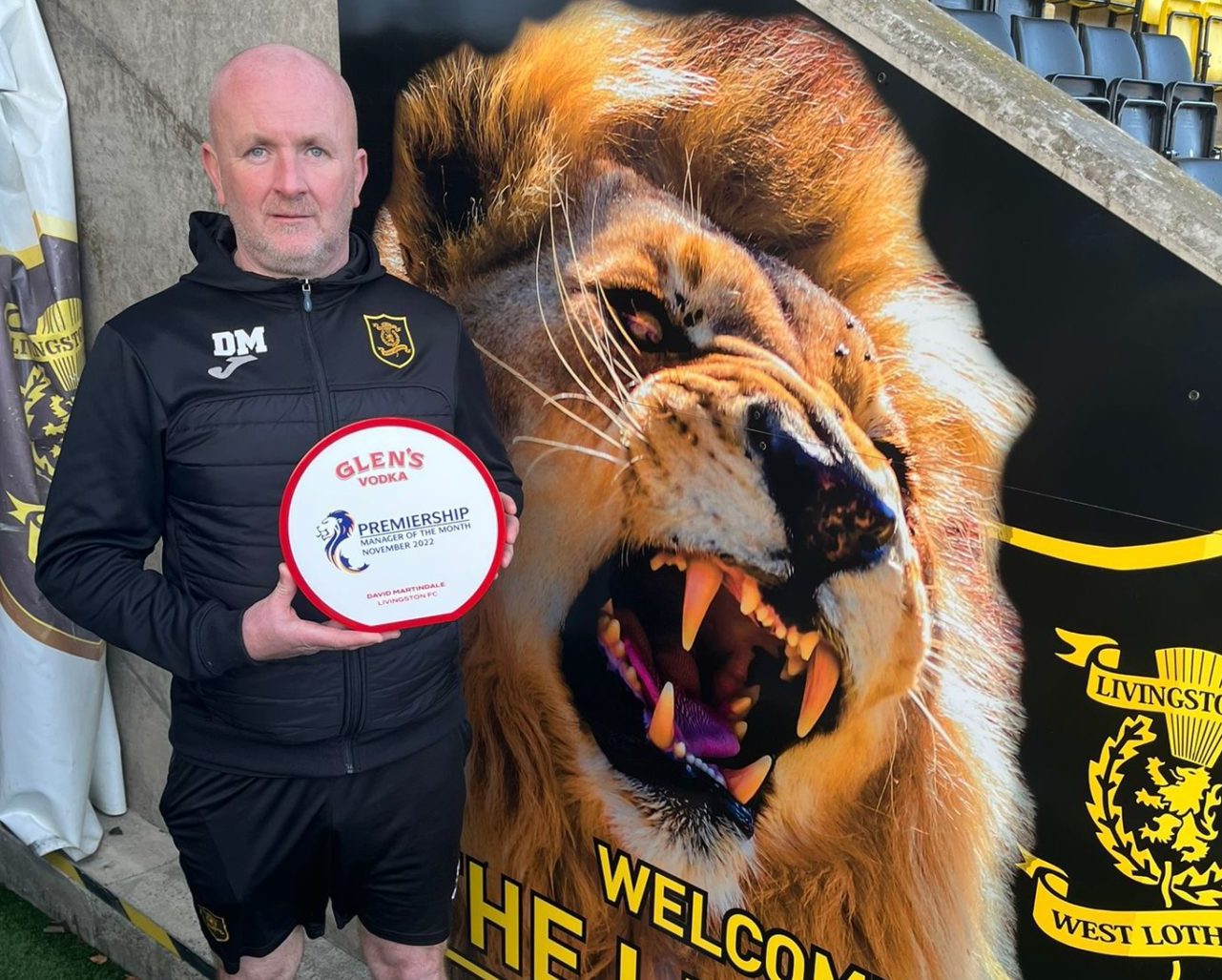 By Cheryl SmithNovember 22, 2022No Comments

David Martindale has been awarded Scottish Premiership Glen’s Manager of the Month for November.

Livingston moved into fourth place in the league table before the World Cup break after an impressive start to the season.

The Lions have racked up seven wins from 15 league games and seven points from a possible nine during November, with wins over Kilmarnock and Aberdeen, as well as a draw against Hearts at Tyncastle.

David Martindale last scooped the award in January 2021, and he says the recognition proves the club are pulling together in the right direction.

He said: “I’m absolutely delighted to receive this award as it’s always special to be recognised for the club’s success.

“As everyone knows, this is most definitely a collective award and only possible because of the work put in by all of the staff and the players.

“There is a huge amount of work that goes on by everyone behind the scenes, which often goes unrecognised at most football clubs and we’re no different, so I’m really pleased that we’ve all been recognised for the success that has helped achieve on the park.

“I’m delighted and proud to be the one who will receive this award on behalf of everyone else at the football club as, like, it’s most definitely a collective achievement.”