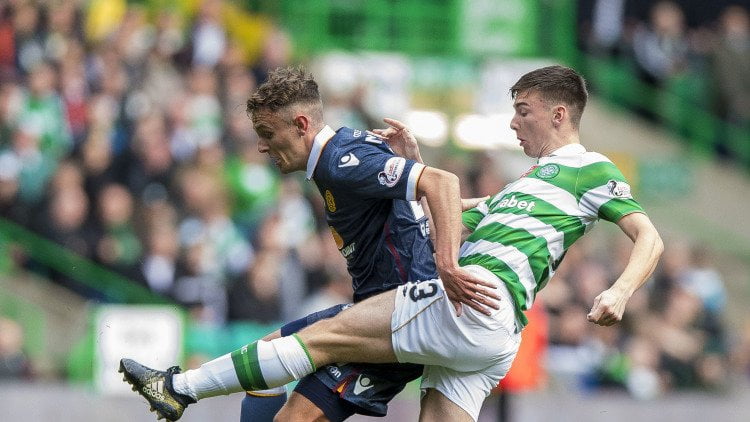 Ross MacLean has signed a new two-and-a-half-year deal with Motherwell, the Fir Park club have announced.

The 19-year-old midfielder made his debut in January 2015 as a substitute in a 4-1 defeat against Dundee but has become more involved this season and impressed manager Mark McGhee enough to play him in the 4-3 home defeat to Celtic last weekend.

MacLean has followed fellow youngsters Jack McMillan, Chris Cadden and Allan Campbell in committing his future to the Steelmen until the summer of 2019.

“It’s great to know that my future at the club is secure for the next couple of years and now I can focus on giving myself targets like getting more games under my belt and cementing a regular place,” MacLean told the club’s official website.

“The Celtic game gave me a bit more confidence so hopefully I can learn from the experience on Saturday and move on from there.”

MacLean takes inspiration from midfielder Cadden, a team mate from Well’s Scottish Youth Cup final win in April, who has emerged as a key player for McGhee.

He said: “I look up to Cadds because in a sense I’m in a similar position to what he was in last year so hopefully I can follow in his footsteps and break in to the first team and start every week.”

McGhee said: “Chucky (MacLean) has come in to the first team and his performances have been more than impressive.

“I’m delighted that he has signed a new contract with us – it is well deserved too.

“We’ve worked to secure yet another one of our young, promising stars, it is a major part of the working model here at Motherwell.

“For Ross, it is now up to him to firmly break in and cement his place in the starting XI over the weeks and months ahead – and further beyond too.”