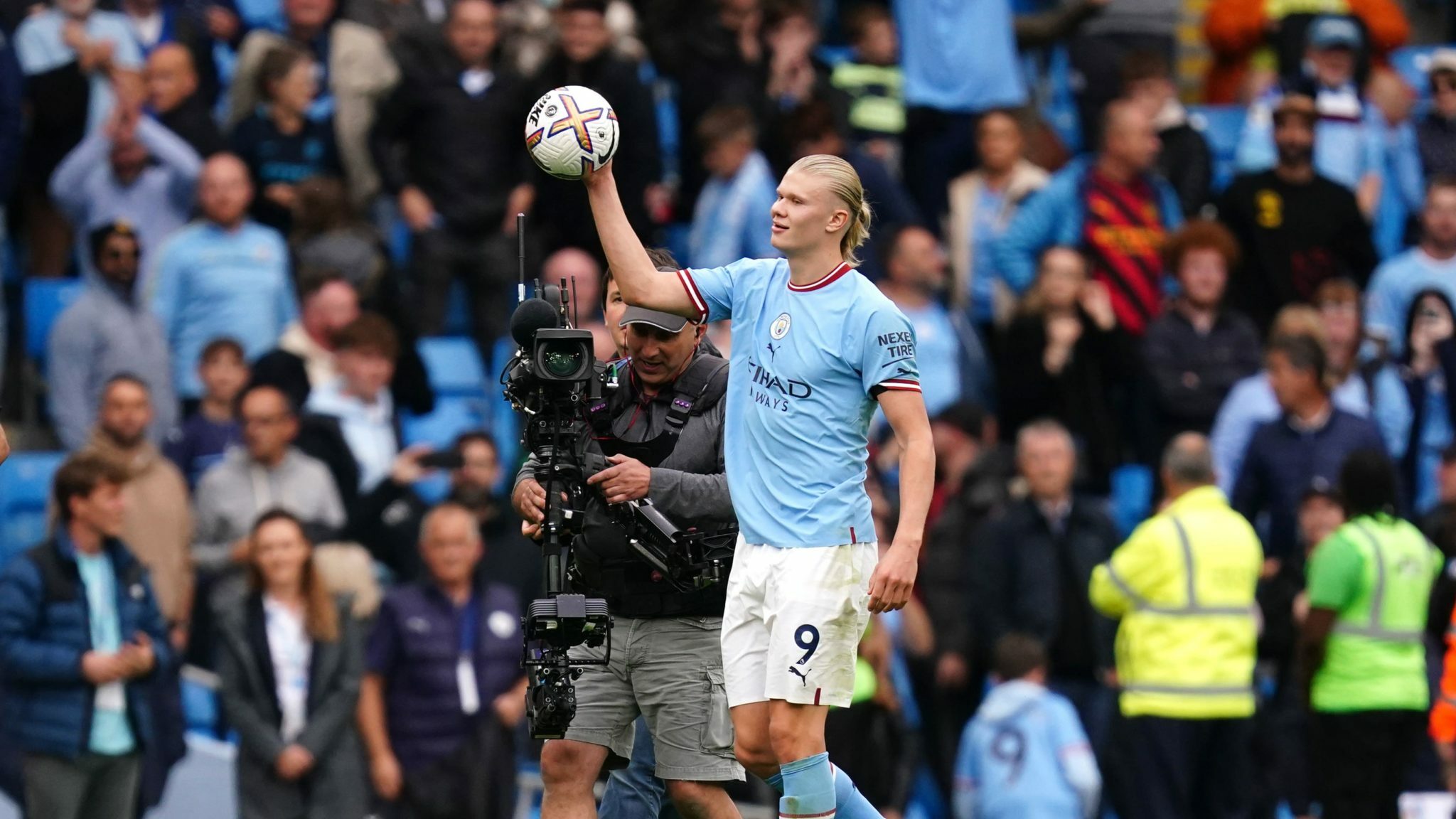 Hat-tricks for both Erling Haaland and Phil Foden eviscerated a static Manchester United side to send Manchester City to within a point of league leaders Arsenal.

Despite scoring three times, the goals proved to be no tonic to a relentless City on what was almost a perfect day for the blue half of Manchester.

Phil Foden gave the home side an ominously early advantage after 8 minutes. Bernado Silva pinged a ball across the 18-yard box for the 22-year-old to sweep past David De Gea, in what was to be a sign of things to come.

Ilkay Gundogan came within the width of the post of doubling City’s advantage. The German midfielder, deployed in deeper position than usual, stepped up to a free kick just outside the box and was unlucky not to get his name on the scoresheet.

Manchester United’s defenders were getting smoked by City’s vibrant attack and it wasn’t long before they doubled their advantage.

Just after the half hour mark, Erling Haaland found the net on his derby debut. Kevin De Bruyne delivered an inch perfect corner where the forward outmuscled the entire United defence to meet it with a powerful header.

The Norwegian was largely anonymous in the game in the opening exchanges, but as is becoming a trope of any Haaland performance he was clinical when an opportunity fell.

Minutes later and the magical equation was delivering results again. The Belgian picked out a cross from deep, for the 22-year-old to score his 8th goal in 3 games with a determined prod home.

It was a finish so certain, that it felt almost machine like.

Not to be outdone, Phil Foden got his name back on the score sheet a minute before half time. Haaland proving he can also assist, with a delicious pass across the box for Foden to rifle home, completing a devastating counterattack and leave their visitors stunned.

The United players on the park remained paralysed as City ran riot, their fans meanwhile took to their feet and delivered a damning verdict, as swathes of the away section were seen leaving before the break.

The second half burst into life just before the hour mark as Antony curled in a stunning effort to reduce the deficit to 3. The Brazilian winger giving the away fans still in the stadium a highlight reel moment, if not little chance of a comeback.

Any minor hope was dashed by the imperious Haaland in the 64th minute, who racked up his third hat-trick in three home games for his new employers.

Another flat ball across the box this time from Sergi Gomez, was beyond David De Gea via the boot of the forward before anyone could blink.

It was soon 6-1 as the Foden and Haaland show continued. The England forward completed his own hat-trick after latching on to a Haaland through pass and lashing beyond the helpless De Gea.

Anthony Martial continued the flood of goals, pulling another late consolation back for the away side. The ball sat up for the French forward who headed in from close range.

The striker then scored his second of the game from the penalty spot as the NINTH goal of the game was racked up.

The score line may cloud the perception of anyone who hadn’t seen the game but make no mistake, this was an annihilation by Guardiola’s juggernaut that three away goals will do very little to smooth over.