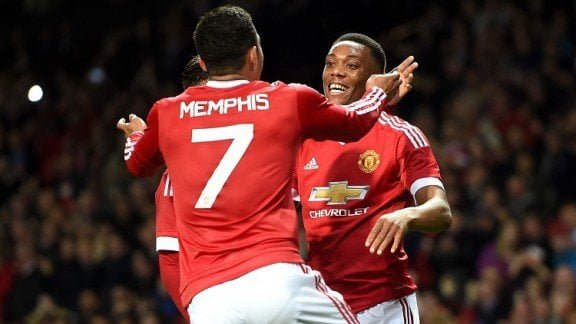 Manchester United will be without their leading scorer for the game against West Ham on Tuesday night. The striker pulled up with a hamstring injury in the warm up against Norwich at the weekend and it leaves Louis Van Gaal with a problem ahead of the crucial match at Upton Park.

Martial has scored 15 goals for LVG’s side this season, making him the top goal scorer for the Manchester club. Rivals, Manchester City drew to Arsenal in the 4pm Sunday kick off game at the Etihad, leaving United poised to steal fourth spot, should they beat West Ham and hold on to beat Bournemouth in their final match.

With Mourinho believed to have agreed to a contract at Old Trafford in principle, it’s vital for Louis Van Gaal to bring success to the Manchester giants. Achieving this may enable the Dutchman to remain in charge at Old Trafford for the final year of his contract, a prospect not welcomed by many Manchester United fans.