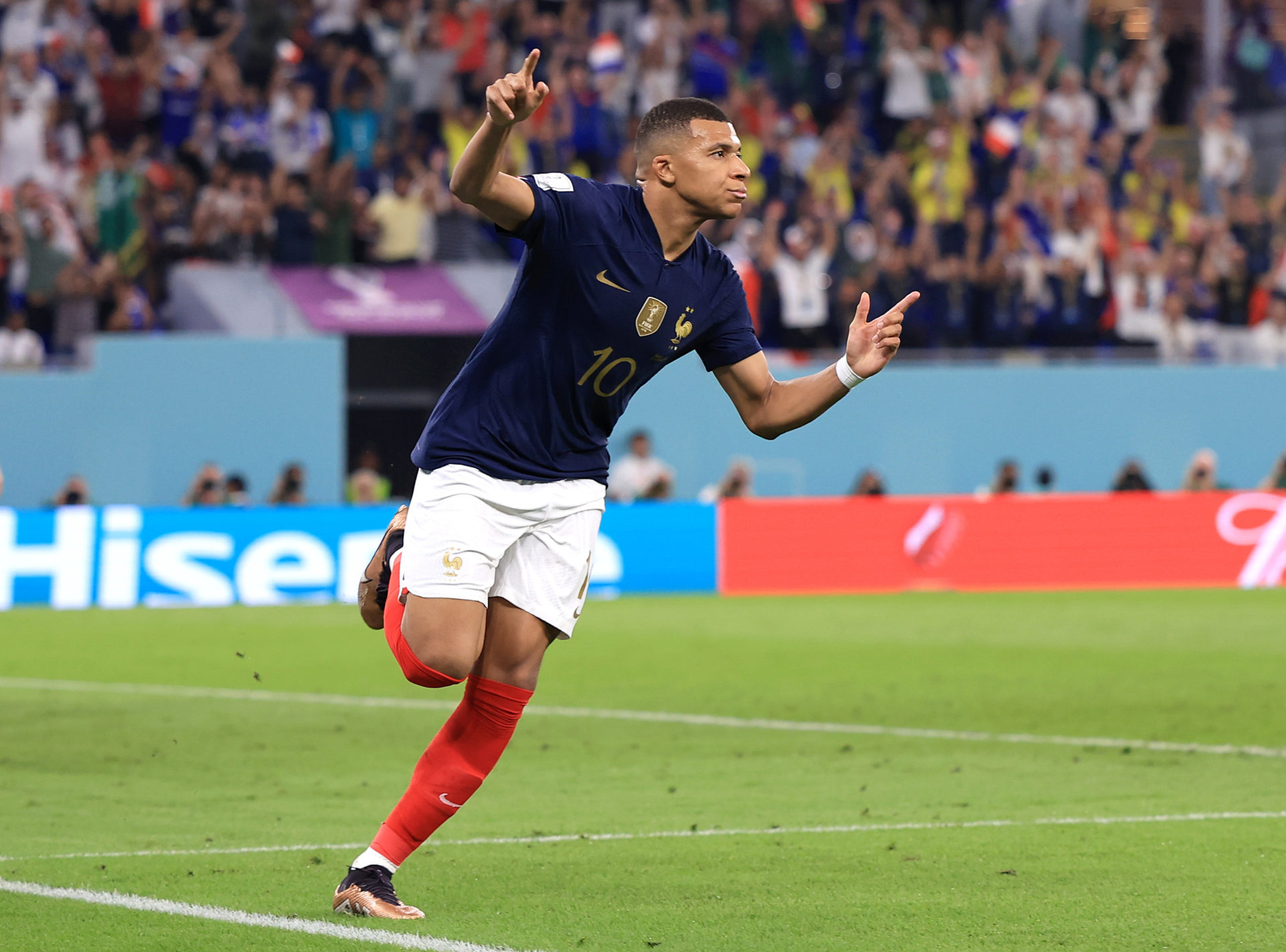 Kylian Mbappe scored a brace, as France overcame Denmark 2-1 to become the first team secure their place in the Round of 16 in Qatar.

The PSG forward netted his second and third goals of the tournament, either side of an Andreas Christensen leveller, to see the World Champions progress out of Group D with a game to spare.

After equalling Thierry Henry’s record of 51 goals for the French national team, Olivier Giroud almost took the lead on his own after nine minutes.

The ball fell to the AC Milan striker in the Danish area, only for Christian Eriksen to get a crucial toe to the ball before the forward could unleash a strike towards goal.

Adrien Rabiot was next to cause problems in the Dane’s defence when his header forced a smart save from Kasper Schmeichel after 21 minutes.

It took until the hour mark for the 2018 winners to eventually break down a stubborn Denmark defence. Kylian Mbappe played a deft one-two with Theo Hernandez in the box, before the striking clinically beyond the helpless Schmeichel.

Seven minutes later though and Denmark were level. Barcelona defender Andreas Christensen scored only his third goal for his country with a ducking header from a corner to bring Kasper Hjulmand’s side level.

With five minutes left on the clock, Kylian Mbappe bagged his second of the evening and what would prove to be the winner. Antoine Griezmann delivered a deep ball to the back post, where Mbappe was on hand to convert his third of the tournament.