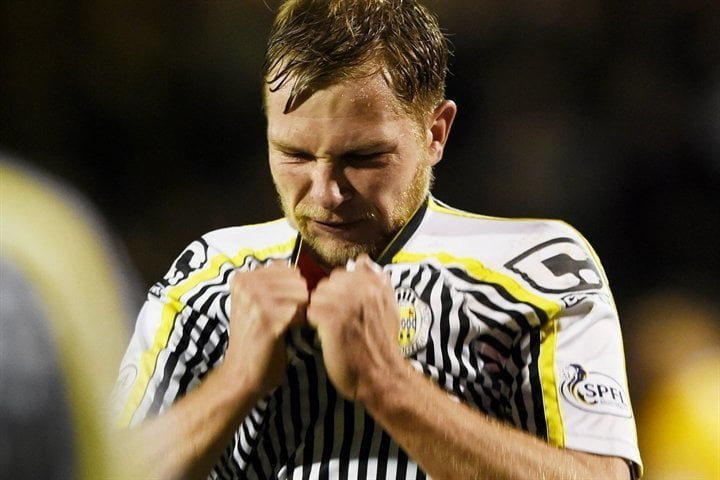 St Mirren have released Marc McAusland after the defender agreed to mutually terminate his contract as he seeks a fresh new challenge.

McAusland, 26, made over 180 appearances for the Buddies, helping to win the Scottish League Cup in 2013.

However, two years later, and after a disappointing season with the Saints 10 points adrift at the bottom of the table, he has decided to call time on his career in Paisley.

He told the official club website: “I would like to take this opportunity to thank everyone at St Mirren especially Danny Lennon who brought me back to the club, this gave me the opportunity to play for the team I have supported all my life.

“Throughout the past few seasons I have had some great times which culminated in winning the League Cup Final in 2013 which fulfilled a boyhood dream for any Saints fan to lift a national trophy at Hampden.

“There have also been some disappointments along the way including most of this season which has been difficult for us all.

“Having been at the club for the majority of my life and career I feel it is now an appropriate time to seek a fresh challenge elsewhere and I would like to thank all the supporters who got behind me and my teammates and I hope they will continue to support the club positively in the future.

“I wish everyone connected with St Mirren good luck and I’m sure that it won’t be long until the good times will return and I look forward to coming back to support the club when I can.”