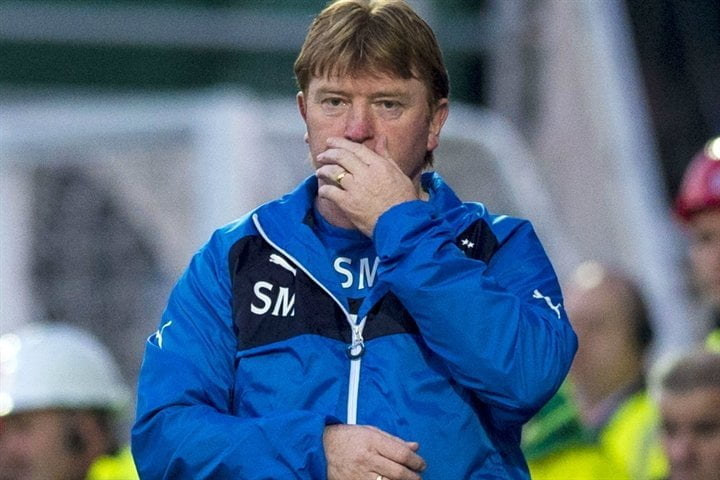 Stuart McCall insists confidence won’t be rocked at Rangers after they suffered their heaviest defeat to Queen of the South in the Doonhamers’ 96-year history.

James Fowler’s side brushed the Lioht Blues aside at Palmerston in the 3-0 victory to hand McCall his first loss as Rangers boss.

But, having seen Rangers already struggle this season after confidence-sapping results, McCall is not about to let Thursday’s disappointment upset the rest of the campaign.

“There will be no confidence factor come Sunday, I can assure you of that,” he said. “Sometimes you get beat in games of football and you just have to hold your hands up.

“But the confidence won’t be rocked. I said to the lads we will put a line under it. Yeah we know we weren’t good tonight but we will be good on Sunday.”

Meanwhile, Queens boss Fowler was full of praise for his side after the win.

“We were backs to the wall a wee bit in the first half. But we managed to cope with that. We got the goal and then getting another one so early in the second half gave us a cushion.

“All the players were excellent. The boys on the bench were itching to get on but I have told them that we will need them all.

“This was a great night but we have massive games all the way now to the end of the season. We want to finish in that top four.”