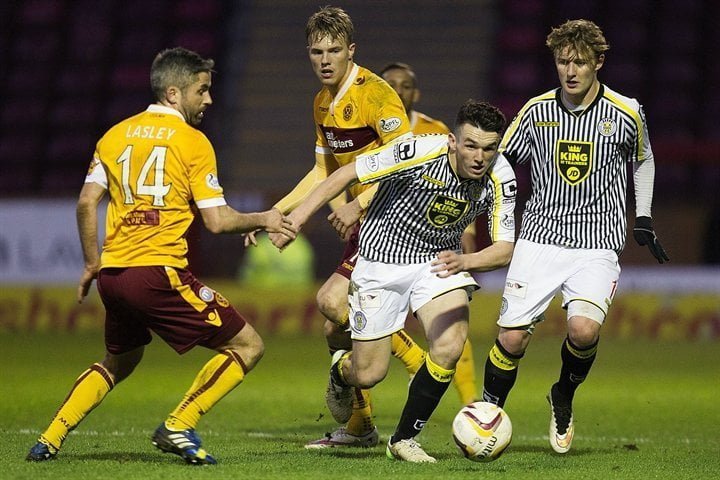 St Mirren midfielder John McGinn’s season could be over after he suffered a thigh injury in a freak training ground accident.

The 20-year-old could also have played his last game for the Buddies with his contract due to expire at the end of the campaign and the club facing an almost insurmountable challenge in maintaining their Premiership status.

McGinn was speared in the thigh by team-mate Steven Thompson and is now on crutches following a training ground prank that went wrong.

St Mirren say he will miss the few games and boss Gary Teale told the official website: “It is obviously a blow to lose John for the next few weeks.

“But we don’t want to rush him back and we need to make sure that his rehabilitation is conducted in the correct manner to ensure he makes a full recovery as soon as possible and can enjoy a few weeks off prior to pre-season training.”

Thompson was “mortified” at what happened and was full of remorse for the accident. McGinn had stole possession off him and, as midfielder moved away from Thompson, he threw the spike only to see McGinn turn back at the last second.