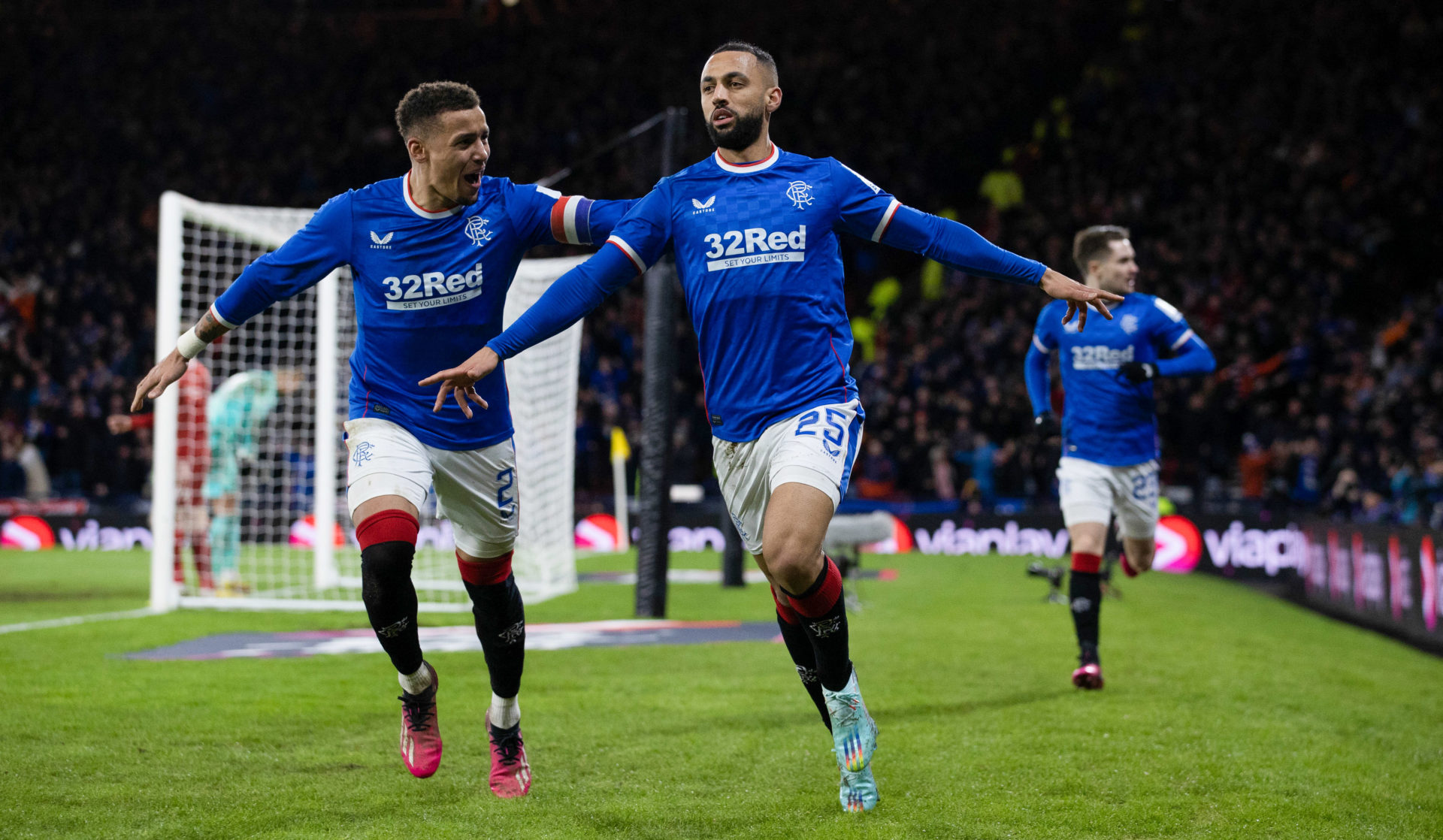 By Blair MalloyJanuary 15, 2023No Comments

Michael Beale will face off against Ange Postecoglou for the first silverware of the season, after Rangers defeated 10-man Aberdeen 2-1 in extra time, to set up an Old Firm league cup final next month.

Aberdeen took a lead into the half time break after Bojan Miovski capitalised on a defensive calamity from the light blues. The Dons lead lasted until the hour mark, when former captain Ryan Jack struck a deflected equalizer against his old side.

Current Aberdeen skipper Anthony Stewart then inexplicably got himself sent off before the 90 minute mark: a rash lunge on Fashion Sakala left referee Nick Walsh with no other option but to send the defender to the stands.

The former Wycombe man had already made headlines after claiming he would rather play against Alfredo Morelos than Antonio Colak, leading to his manager apologising for the defenders comments.

Minutes into extra time Rangers capitalised, when substitutes Scott Wright and Kemar Roofe linked up for the latter to score his first goal since April 2022 and fire Rangers into the first domestic final of the season.

All of the talk before kick off was surrounding the state of the pitch, which a day earlier had been described as ‘disappointing’ by Celtic boss Ange Postecoglou.

The blue half of the Old Firm almost made a perfect start when James Tavernier picked out Fashion Sakala on his own in the penalty box, just minutes into the game. However the Zambian forward saw his header agonisingly come back off the post and Jim Goodwin’s side breathed an early sigh of relief.

Aberdeen were the first of the two sides to have the ball in the net through Bojan Miovski, but it was swiftly ruled out by VAR for offside.

Rangers began to have the run of the gam as the half wore on, with Alfredo Morelos causing problems in the Dons defence.

Michael Beale’s side showed their defence frailties minutes before half time however, as Aberdeen took the lead.

Borna Barisic switched off, allowing Matty Kennedy to burst through and square the ball to Miovski who gratefully clipped the ball home from close range.

Just after the hour mark, Rangers levelled the score. Former Aberdeen captain Ryan Jack flicked a clever backheel to Morelos, who rolled the ball back into the midfielder’s path before unleashing a a deflected strike into Kelle Roos’ bottom left hand corner.

There was late drama in the tie, when Aberdeen captain Anthony Stewart was shown a straight red in the 94th minute. The former Wycombe man needlessly dived into a tackle on Fashion Sakala and was sent to the showers as 30 minutes of extra time loomed.

Three minutes into extra time and Rangers made their numerical advantage count, with the returning Kemar Roofe putting Michael Beale’s men ahead. Fellow substitute Scott Wright worked space excellently on the left hand side, before delivering a low cross into the box for Kemar Roofe to sweep the ball home.

Roofe’s day ended on a sour note, having to be replaced in the dying stages after suffering a shoulder injury. However his goal made sure that Rangers will compete for the first trophy of the season, when they return to Hampden next month.