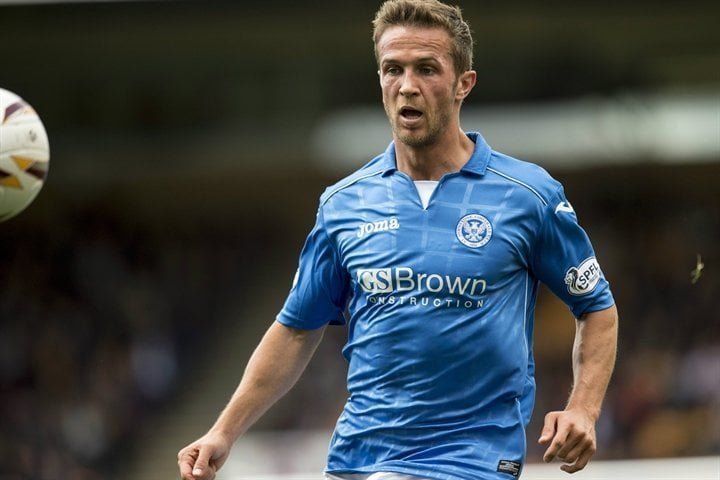 Millar: Plan for your future now

St Johnstone midfielder Chris Millar has warned players to plan for their future before it’s too late.

Scottish footballers are still coming to the end of their careers without a clear plan of what they intend to do and, with the financial restrictions in the game, the midfielder says they can’t afford to do that.

Millar, who is undertaking a degree in sports journalism and will finish this summer, says players need to think about their futures long before they’ve stopped playing.

“I said to myself when you hit 30 it’s time to think about things after football,” he told Peter and Roughie’s Football Show.

“I’ve got a young family to support and it’s just something that happened. I went on this media course, I did a bit of writing and it went really well.

“It’s just kind of snowballed from there. I did a column with the local paper, I’ve been in at the BBC and the Sun and I finish my degree in the summer.

“It’s just trying to build for the future, you’ve got to be smart. In the past you made enough money to live on but now we don’t so you need to plan for the future.

“For me, it’s just putting yourself out there. You might not know what you want to do but try to have a plan so you can put in place steps for your future.

“PFA Scotland can help footballers. I had an idea, I knew what I wanted to do myself. If you’re looking for advice speak to them.”

Millar also attempted to dispel the myth that the media are always out to get players, he said: “I think some players think the press and the media are out to get them but from my experience it is not like that.

“Getting access to players is so hard but I think sometimes the fans just want to get a bit of insight, people love football and that’s what it is.

“Obviously, there are stories that are a wee bit negative and you have to report them but for me any time I’ve been dealing with people in the press they are just trying to do their job.”