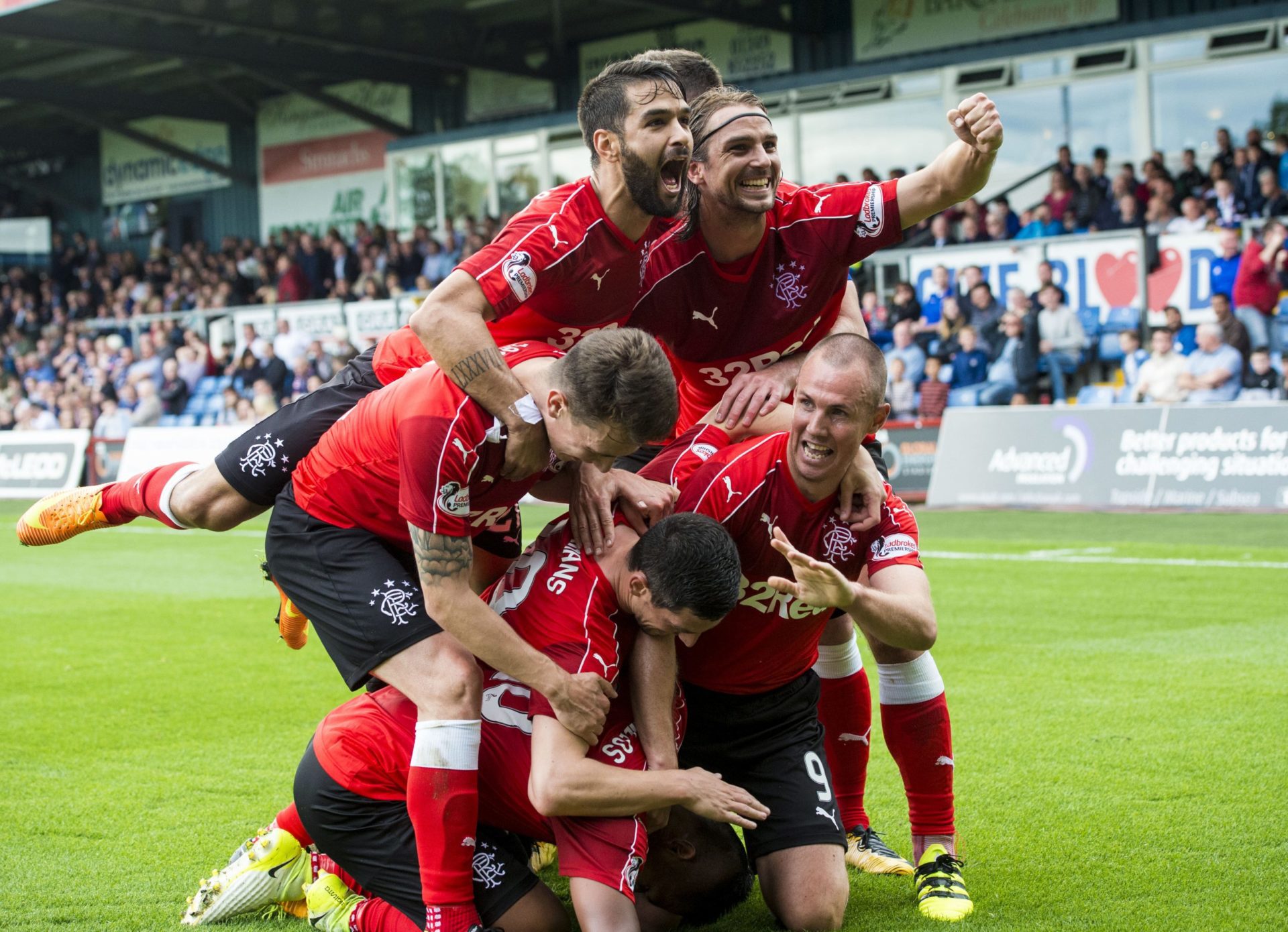 More to come from Gers

Pedro Caixinha has pleaded with the Rangers support to give his new-look team time to find their feet after another lacklustre display against Ross County.

The Ibrox men eventually ground out a 3-1 win in Dingwall but only after allowing the Staggies to battle their way back into contention.

Alfredo Morelos embellished his growing reputation with a first-half double, while Mexican frontman Eduardo Herrera netted his first goal for the club to seal victory after Thomas Mikkelsen gave County a lifeline.

But there were times when both former Pumas hitman Herrera and compatriot Carlos Pena looked well off the pace.

Caixinha has been reluctant to throw Pena – Gers’ most expensive signing of the summer at £2.5million – into action and his run-out as a second-half substitute showed why as he wasted two gilt-edged chances.

However, the Ibrox boss insists his new recruits will get better with time.

“He is going to get used (to the Scottish game) and he will get the right rhythm,” he said. “It’s about games and minutes, about getting a rhythm from playing.

“He will be a totally different player, I know. I have no doubts about the type of player we have.

“I think all of them are going to be interesting players. They’re team players, we just need to give them time and give them confidence.

“Strikers live for goals. Morales is scoring so he is getting confidence. Herrera really needed this because he is a hard worker, he is desperate to score goals.

“He is a guy who works really hard and of course he will keep working hard but he has more confidence when he is in front of goal and has the final shot.”

The victory is also a shot in the arm for Caixinha himself after a difficult start to the season.

Gers dropped five points in their opening three games but have now cut the gap on second-placed Celtic to three, although leaders Aberdeen remain five ahead.

He added: “It’s back to winnings ways which is the most important thing.

“Games like this teach us that the games are about winning. Sometimes you need to suffer or can’t play the best way, but the game is still about winning.

Morelos continued his encouraging start to life in Scotland when he headed Gers in front on 31 minutes.

But there was a touch of farce about his second 10 minutes later. County keeper Scott Fox did well to skip past the striker as he raced into challenge him for Marcus Fraser’s overhit back-pass.

However, instead of clearing his lines, he hesitated and allowed Morelos time to leap up and steal as he rolled in his fifth goal in four games.

Mikkelsen headed county back into it on the hour-mark but Herrera sealed victory in the final minute as he slotted home.

Staggies boss Jim McIntyre admitted Fox’s gaffe hurt his side but insists the rest of his team were also culpable.

“He should’ve dealt with it and he knows that,” he said. “I don’t really want to go on too much about his mistake because goalies make mistakes and it’s generally a goal that’s conceded.

“He knows himself that he’s got to do better b ut there have been plenty of games when he’s done well for us.

“But we looked really nervous from the first minute. It’s the first time I’ve had to say to this group that we looked nervous. It has nothing to do with shape, it’s to do with individuals being brave on and off the ball.”